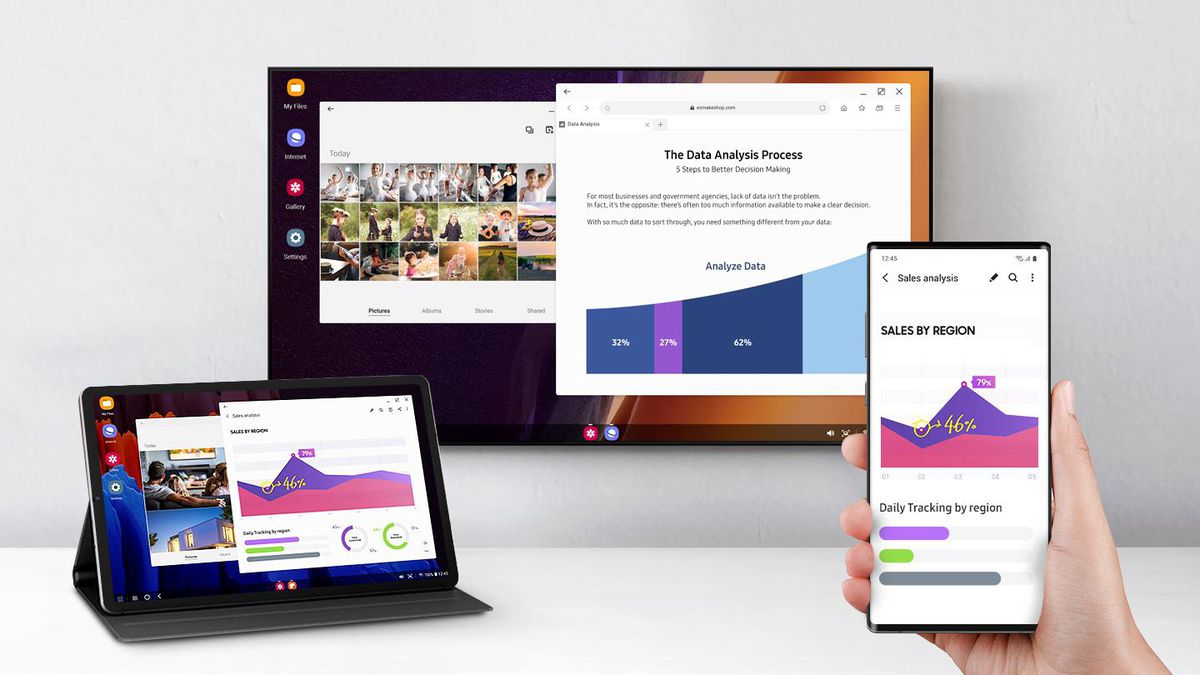 Taking a look back at seven days of news and headlines across the world of Android, this week’s Android Circuit includes the latest Galaxy S21 leaks, a review of the Samsung Dex, Google’s new products, changes to Play Store payments, OnePlus’ missing smartphone, Xiaomi’s Mi 10T and 10T Pro, and the compromises in Microsoft’s Surface Duo.

Next year’s Samsung flagship, the presumptively named Galaxy S21 Ultra, looks to have picked up a new Chinese certification. That offers some more details around the specs of the upcoming smartphone. Domink Bošnjak reports:

“[this leak is] coming out of China, i.e. Chinese telecom authority 3C. The documentation concerns a battery carrying model number EB-BG998ABY. Which is a pretty unambiguous reference to the SM-998, previously identified as the Galaxy S21 Ultra. According to this particular source, the Galaxy S21 Ultra will feature a non-removable battery with a rated capacity of 4,885mAh, amounting to a typical capacity in the ballpark of 5,000mAh”

Samsung’s DeX system allows you to use your Samsung smartphone as the driver for a ‘desktop-like’ experience by hooking the phone into an HDMI monitor, and a bluetooth keyboard and mouse. That’s the theory, how does it work in practice? Zaeem Sawar decided to find out:

“Samsung did a pretty good job with the user interface overall. Everything is nicely laid out and the overall feel is very similar to Chrome OS. I was able to connect my Apple mouse and keyboard pretty easily and I was pleasantly surprised to find out that a lot of the shortcut keys worked with Samsung Dex. I could adjust the brightness, volume, and playback controls directly from the keyboard.

“In terms of issues, I had a couple. For some reason, the scroll gesture didn’t work on my Magic Mouse and I experienced slight lag while typing things. Both things can easily be fixed with a software update I believe.”

More details on the experience here on Reddit, or watch Zaem’s video here. 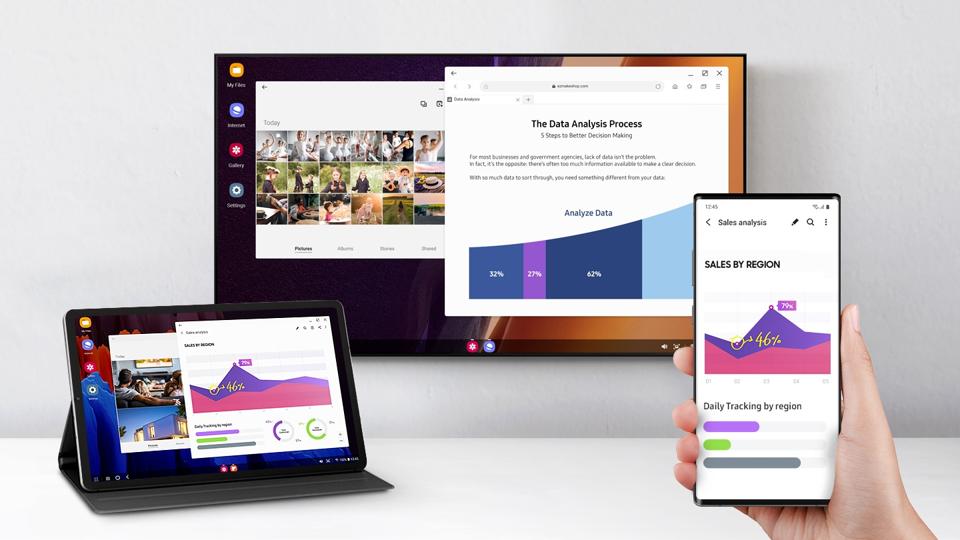 Previously trailed at the launch of the Pixel 4a, Google has announced the Pixel 5. Once more Google has dodged the flagship end of the market, instead focusing on the capable mid-range space with this years portfolio. Nathan Ingraham reports:

“The most notable design change for the 4a was its no-notch screen, which included a pinhole front-facing camera. The same style screen is here on the Pixel 5 — as expected, it’s a 6-inch, 2340 x 1080 screen that sits between the 5.7-inch display on the Pixel 4 and the 6.3-inch one on the 4 XL. (Speaking of the XL, there isn’t one this year; there’s just one Pixel 5.) It also includes the faster 90Hz refresh rate Google introduced in last year’s Pixel 4.”

Damian Wilde picks up on the Pixel 4a 5G, an already mentioned second model in the 4a family. As the name implies, this is the handset that sports 5G connectivity, although I’m not ready to forgive “putting the G in 5G.” Damien Wilde looks at the update:

“As the largest of the 2020 Google smartphone lineup, the Pixel 4a 5G measures in at 6.2 inches. The display comes with an upper-left punch hole notch, while the OLED panel has an FHD+ 1,080 by 2,340-pixel resolution at 413ppi. The Gorilla Glass 3 display is capped at 60Hz, unlike the 90Hz panel found on the Pixel 5. It also has a slightly larger chin and forehead than it’s more premium stablemate.”

Google also took the opportunity to reveal its move away from ‘Google Home’ to ‘Google Nest’ for its smart home products. Although not strictly Android, the newly announced Google Nest Audio speaker ties in tightly with your Google account, while belting out a solid sound. Becky Roberts has a listen:

“As the Nest Audio’s name suggests, Google has worked to improve the sound quality over the original – which we’re pleased to hear, as we described the Google Home’s sonic performance as “average”.

“The result of 500 hours of tuning, the Nest Audio supposedly goes 75 per cent louder and can deliver 50 per cent stronger bass. Its 75mm mid/bass driver and 19mm tweeter makes for a rather different driver array, too, with the Home sporting a 2in driver and twin 2in passive radiators.”

More at What Hifi.

Google has “clarified the language in our Payments Policy” for developers using the Google Play Store, and will be requiring all in-app purchases to use Google’s own payments system exclusively from September 30 202. Developers will also be under similar restrictions to Apple’s App Store and be barred from providing informing in the app telling customers of alternative payment routes. Abner Li explains:

“Today, Netflix, Spotify, and other big services do not use Google Play In-app Billing. Consumers directly enter their credit card information with that third-party. As such, those services get the entire cut of the payment/subscription. Google says this is the case with “less than 3% of developers with apps” on the Play Store.

“The alternative (with In-app Billing) sees users give their payment information to the Play Store, which acts as a middle party. The big advantage of this approach is that customers do not have to repeatedly enter their billing information and can cancel services from a consolidated “Subscriptions” page in Google Play. However, companies have to forgo a percentage to Google for facilitating the transaction.”

As Google notes elsewhere, that percentage is the same thirty percent rake as Apple implements:

“For apps and in-app products offered through Google Play, the service fee is equivalent to 30% of the price. You receive 70% of the payment. The remaining 30% goes to the distribution partner and operating fees.”

With OnePlus’ announcement of the OnePlus 8T, many wondered where equivalent T upgrade was for this summer’s OnePlus 8 Pro. OnePlus CEO Pete Lau has confirmed that there is no 8T Pro coming. Hadlee Simons reports:

“Lau directs users wanting a “Pro-level” phone to get the OnePlus 8 Pro instead. The machine-translated text also suggests that OnePlus felt they couldn’t deliver a major upgrade from the OnePlus 8 Pro by offering a OnePlus 8T Pro.

Xiaomi Goes Down The ’T’ Route

One ‘T ‘ that has been announced is Xiaomi’s mid-range version of the popular Mi10 family. They share the name with the premium line, but these are definitely in the mid-range price with high-end ambitions category Max Weinbach has the details on both the Mi 10T and the Mi 10T Pro:

“Both phones run on the Snapdragon 865. They support WiFi 6 and 5G MultiLink — a software feature that Xiaomi uses to connect to 2.4GHz, 5GHz, and 5G network at the same time to boost download speeds. They also have higher-quality LRAs for haptics, dual speakers with Hi-Res Audio certification, and a 5,000mAh battery with 33W fast charging (a compatible charger will be included in the box). The lack of fast wireless charging is disappointing, especially after the seeing it go up to 55W on the Mi 10 Ultra.

Microsoft’s new Surface Duo is the new Android kid on the block, and there reviews of the dual-screened device are coming in. Like many, Matthew Millar notes the compromises that he has to make in his workflow, and there are too many to make the Duo meet his needs:

“One would think the Surface Duo would be perfect for a person like me who spends many hours a day on a phone. Prior to the coronavirus lockdown, I was commuting two hours a day on a train, traveling for business monthly, using Microsoft products for work (Outlook, Teams, OneDrive, and OneNote), and using my phone as my secondary computer. Things have changed a bit with remote work, but even then there were a few of my standard practices over the past three weeks that are compromised on the Surface Duo, and for more than $1,400 I’m not ready to make those compromises.”

Read the full review at ZDNet.

This article originally appeared on https://www.forbes.com/sites/ewanspence/2020/10/02/android-google-news-headlines-samsung-dex-galaxy-s21-leak-pixel-4a-5g-pixel-5-nest-audio-oneplus-surface-duo/ 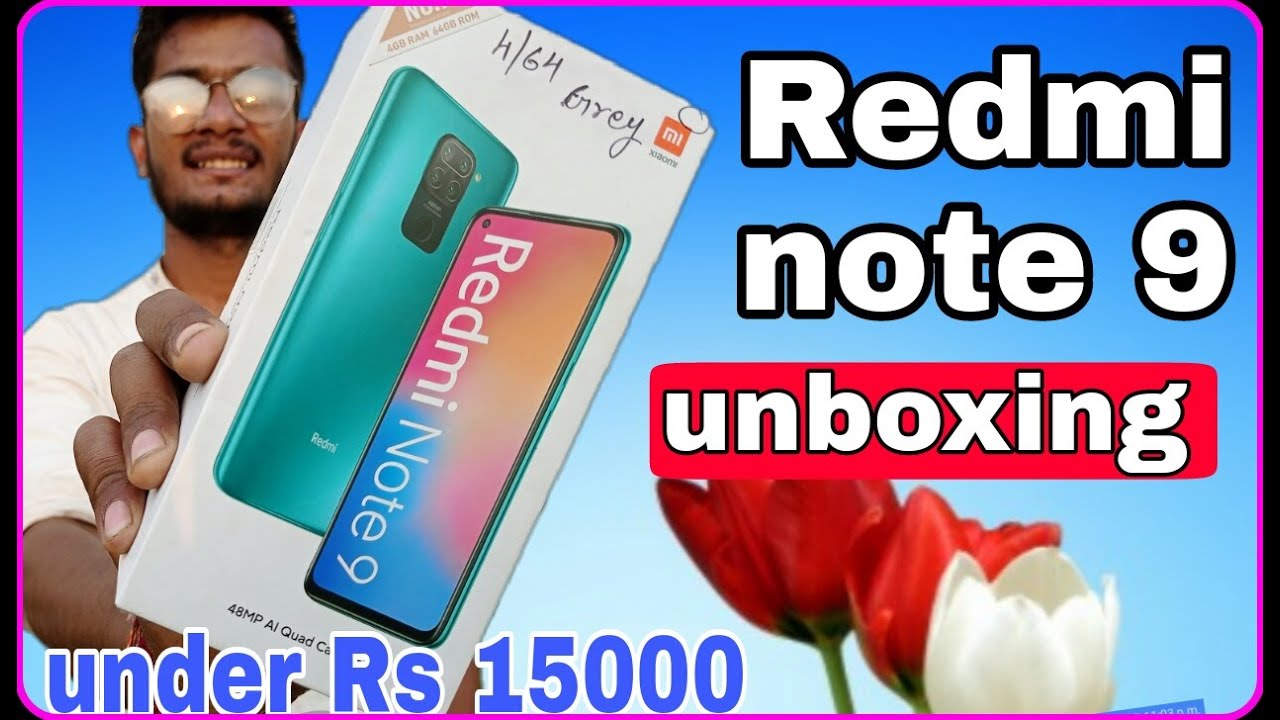 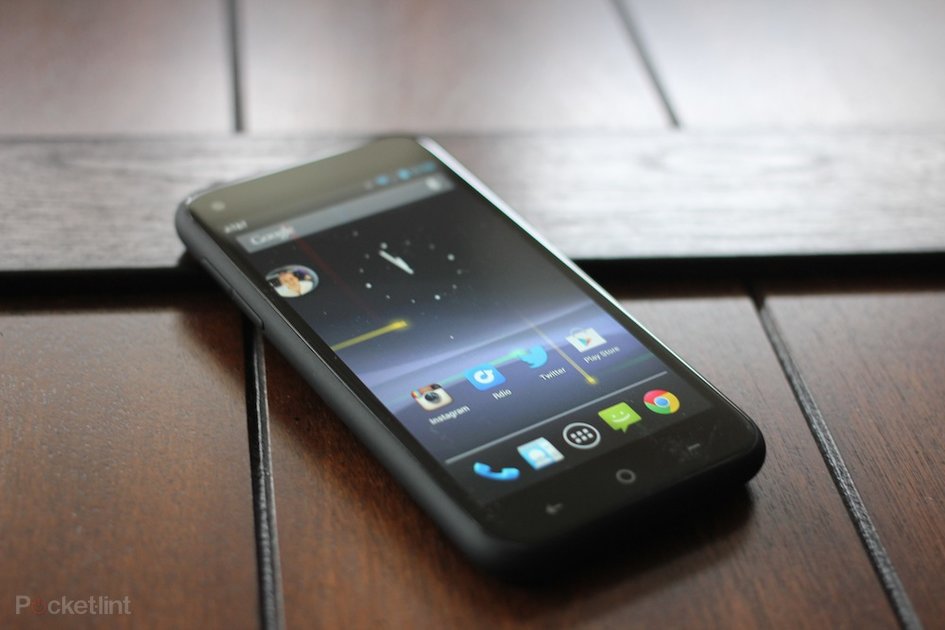