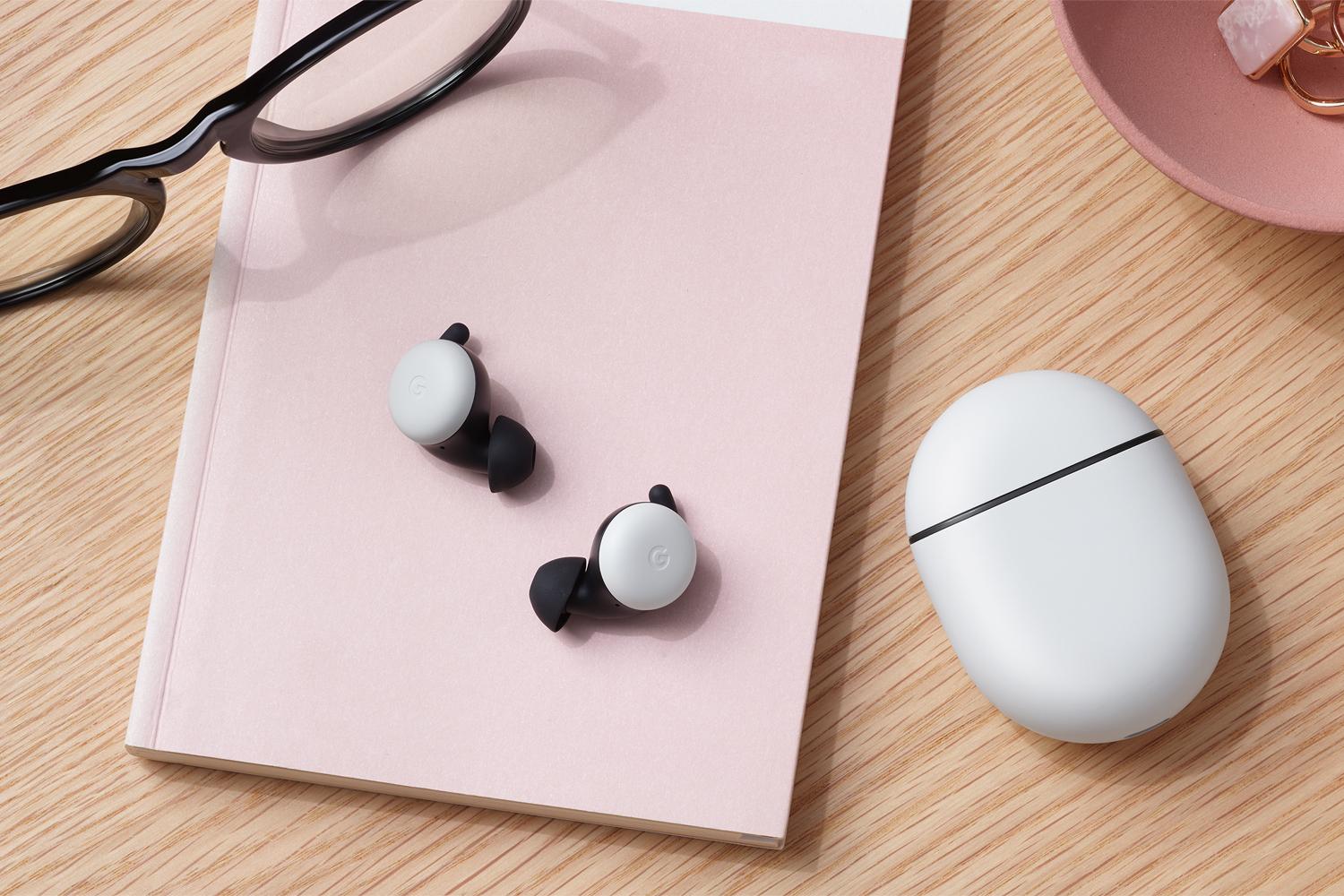 Google is finally bringing its wireless earbuds, the Google Pixel Buds, to the UK as of today. The tech giant announced the cute-looking buds during the Pixel 4 showcase last September and it’s taken a while for the earphones to make it from Google’s labs into the hands of consumers.

Technically these are the second pair of Pixel Buds the company has come up with. The first set came out in 2017 and featured a wire connecting the two buds. This is the first time the company has gone fully wireless with a pair of headphones, and with the popularity of wireless earbuds on the up thanks to AirPods, it’s about time Google got in on the action.

If you like your tech accessories to be cute and small then the Pixel Buds should come high on your list. The egg-shaped case the buds come in is smooth like a pebble with a satisfying click shut, and the case itself is small enough to fit in tiny pockets — and it comes in smaller than the AirPods Pro case.

The next-gen wireless earbuds to try in 2020

The actual earbuds themselves are pretty small, featuring a tiny G logo, and a black stabiliser arc that tucks into your ear and helps to secure the earbud. This comes in handy during workouts and runs, the Buds are water and sweat-proof, and you don’t feel like they’re going to fall out when pounding the pavements. I used them in place of the Powerbeats Pro for a few runs and they didn’t feel any less secure compared to the Beats with their over-ear hook.

That being said, I found the stabiliser arc took some getting used to at first and would take them in and out the first few times to make sure I had put it incorrectly. However, I do have quite small ears, so someone with more normal-sized ears might not find this weird to get used to.

The Pixel Buds case is smooth like a pebble (Google)

In terms of the bud, it looks like the Pixel Buds sport a silicone ear tip which helps to seal the ear to isolate outside noise. There’s a clever spatial vent that reduces that underwater feeling some people get with silicone eartips. This also helps facilitate spatial awareness when you’re out and about outside.

If you’re looking for noise cancellation in your earbuds then you need to look elsewhere as you won’t find this feature on the Pixel Buds. What you do get is adaptive sound tech — Google says this means there is passive noise isolation to block the sound from the outside but not actual noise cancellation.

Google’s new acquisition could mark a return to Google Glass

The buds will even increase their sound if it senses there is something going on in the background too.

In practice, you can hear hints of what’s going around you with the buds in and can just about hold a conversation with someone if you want to and the sound turned to low. This is where the 12mm dynamic speaker drivers come in so you still hear high-quality audio and a good level of bass even without high volume.

For those making a lot of calls, Zoom or otherwise, the dual beamforming mics come in handy by focusing on only your voice whilst the voice accelerometer can detect the vibrations of your jawbone when you’re talking.

Since the Pixel Buds launched in the US a few months ago, there have been some reports of connectivity issues, with audio cut outs and the like. Google says it has been actively investigating the problem and will release an update in the future, but not in time for the UK launch.

I had some funny connection problems when I first started using the Buds. I connected them firstly to my iPhone which was fast and seamless, but had to disconnect them in order to connect them to the Pixelbook Go laptop the first time.

The next day, the Buds kept cutting out when I was trying to do some transcribing, a rather frustrating experience. After trying this for a few times, I gave up and reset the buds and left them for a day. Once I’d connected them again, we were back up and running with no blips in the audio. Since then, swapping between my iPhone and laptop has been fine, but it’s worth keeping in mind if you’re wanting to splash out on a pair.

Another thing to note is the battery life. The Buds offer five-hours playback time, whilst the case holds an extra 24-hours, just like other wireless earbuds like AirPods. Some early US users have reported issues with battery life in different earbuds depending on things like talk time. I haven’t found any issues when it comes to battery life on the buds and I haven’t had to charge them in the week I’ve been using them.

It isn’t a Google product without some Google Assistant integration and luckily the Pixel Buds feature hands-free access to the AI, as long as you’re connected to an Android device and have a Google account so this won’t work with an iPhone. Just say “Hey Google”, and deliver your request.

Alternatively, you can use different bud controls. Touch and hold on an earbud while you speak for Google Assistant actions. You can do other things such as tap once to play or pause a song, twice to skip forward and swipe to change the volume. The controls are the same for each earbud, so you don’t have to try and remember which earbud to press to stop the music. Very handy.

Things get smart with the real-time translation feature. If you have a Pixel or Android phone, you can get Google to help you with a conversation by saying, “Hey Google, help me speak Spanish,” for instance. Then whip out your device, and whatever you say into the earbuds, the Assistant will translate for you on your phone and read it out loud to whoever is speaking.

The person you’re in a conversation with can then speak back to the phone and this will be translated via your Buds for you. You may not be travelling much at the moment but when you do this will come in very useful.

I have enjoyed using the Pixel Buds. The overall design aesthetic is smooth and looks cool — the case, in particular, is fun to spin around in your hands if you’re trying to work something out. The stabilisation arc did take some getting used to but overall the fit is good — I prefer the fit to other Android-focused buds such as the Samsung Galaxy Buds + which though feature an extremely good battery life at 11 hours, I don’t find as comfortable as the earlier version.

The connectivity issues were frustrating at first but were rectified with a reset, and there will be an update to sort this out at some point officially. You do get the most useful features when paired with a Pixel or Android phone, such as Google Assistant and real-time translation. There are so many wireless earbuds to choose from out there but for Pixel owners, you finally have your AirPods.

The Pixel Buds are available to buy now in the UK from the Google Store. They are only available in Clearly White in the UK so don’t go lusting after that dreamy sea green colour.

And for those worrying about losing their buds, Google says it will have single earbuds and eartips available to buy as replacements.

This article originally appeared on https://www.standard.co.uk/tech/google-pixel-buds-review-uk-price-release-date-design-sound-features-a4496906.html