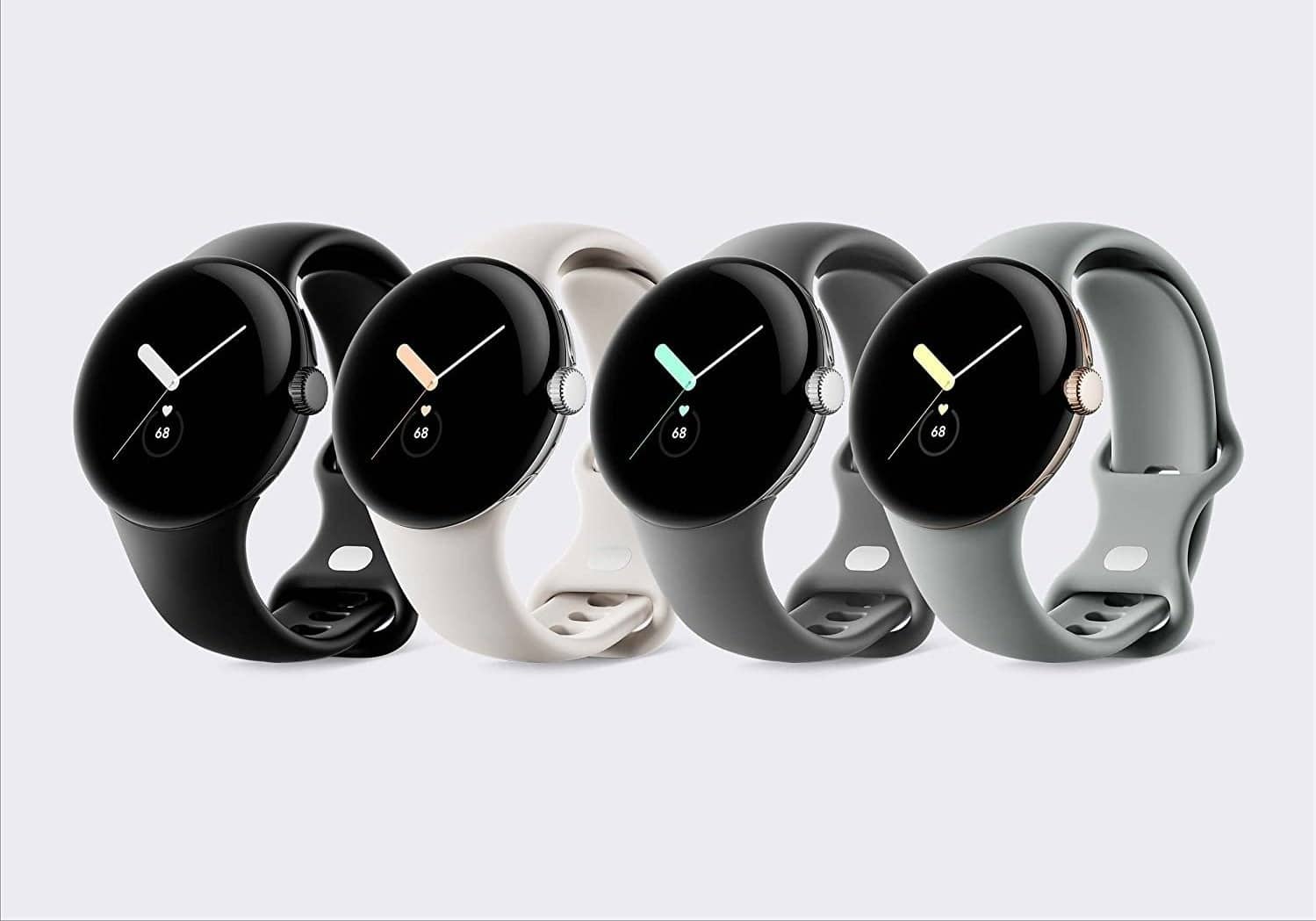 The Google Pixel Watch will become official tomorrow, and its detailed specs have just surfaced. These have been shared by Yogesh Brar, a tipster, and he allegedly found them online. They were published by an unnamed French retailer.

Before we get into it, however, do take these with a grain of salt. The said tipster is not always the most accurate around, and the display size is almost certainly way off. That being said, let’s get started.

The Pixel Watch, according to the tipster, will feature a 1.6-inch AMOLED display with a 320 PPI, and a 41mm dial size. That seems basically impossible, especially considering how thick the bezels will be, and how compact the watch will be.

The Pixel Watch will likely include a 1.25-inch AMOLED display, as some previous leaks said. In any case, the source claims that this watch will come with the Gorilla Glass 5 protection, and that its display will go up to 1,000 nits of brightness at its peak.

The Exynos 9110 SoC will allegedly fuel the watch, while Google will also include 2GB of RAM. The Cortex-M33 coprocessor will also be a part of the package, it seems.

Wear OS 3.5 will come pre-installed, while an LTE model will also be available

An NFC chip will be included, and the watch will be able to do ECG and heart rate readings. 5ATM certification will be a part of the package, ensuring that the watch can go up to 50m under water for 10 minutes.

The tipster also mentions that the watch will offer “24hr Battery”, but without exact specs or anything of the sort.

As mentioned earlier in the article, take this information with a grain of salt, as some specs are not accurate for sure.

This article originally appeared on https://www.androidheadlines.com/2022/10/detailed-google-pixel-watch-specs-leak.html

Samsung Galaxy F41 is surprisingly getting the Android 11-based One