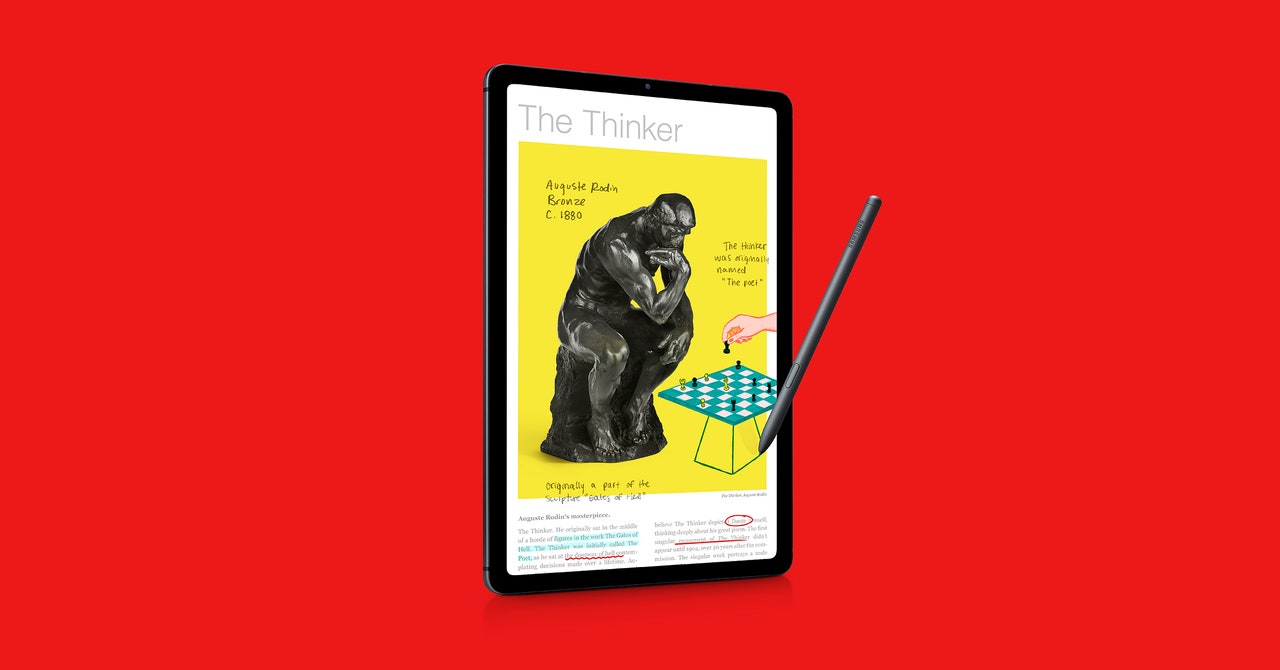 A tablet is a great way to wind down at the end of a busy day. Before bed, I’ve been using Samsung’s new slate—the Galaxy Tab S6 Lite—to cram in an episode or two of Dark before I doomscroll through Twitter and Reddit, and wake up groggy with the device somewhere under the pile of blankets.

These days however, tablets are so much more than entertainment devices. Apple notably has been pushing its iPads as machines you can use for work and play. The Tab S6 Lite fits that mold (I’m writing this review on it!) while remaining relatively affordable at $350. Does it best the iPad? No. But if you’re looking for Android-powered alternatives to the iPad, you’re not exactly spoiled for choice. Google’s lack of interest in nurturing a tablet-friendly interface for Android has all but obliterated appeal among manufacturers and consumers, propelling the iPad to the forefront as the definitive tablet to buy.

Yet even if it’s one of the few viable Android options left, I’ve been enjoying my time with the Tab S6 Lite this past month. It serves up a multitude of uses, whether that’s sketching, reading, or watching Netflix, and it performs each of its roles decently well.

One of my favorite things about Samsung’s tablet, which is the cheaper version of the high-end Tab S6 from 2019, is its size. You get a 10.4-inch screen, which is large enough to comfortably watch movies on, and because the uniform bezels around the screen are fairly thin, the whole package is quite compact. It can easily fit in any small bag, and at around 1 pound, it’s super light.

It has an LCD screen, which is a bit unusual for Samsung, as you’ll more often than not see AMOLED panels on all its displays. The latter offer nicer colors and better contrast, because black levels are as dark as night, but there’s not much to complain about with the cheaper LCD. The 2,000 x 1,200-pixel screen resolution is plenty sharp, and the colors look vibrant. Even while using it on a sunny (and hot) day out on my balcony, I didn’t have to squint too much to see the screen.

Complementing the nice screen is a pair of AKG-tuned speakers with Dolby Atmos support, and suffice to say, they sound impressive for their size. Sound can fill a large room, which was more than enough for my partner and me to watch an episode of Community while we folded laundry with the window AC on full blast (it’s loud). If you’re thinking of pumping out tunes, it’s certainly much better than the sound that comes out of your phone, but stick with a Bluetooth speaker if you want to bump to the bass.

These aspects make the Tab S6 Lite a great second screen to have in the house, and a perfect choice for tasks suited to bigger screens, like reading a book or following along with a recipe in the kitchen. The headphone jack also makes it easy for me to plug in and continue watching Netflix when my partner goes to bed. But best of all is the included S Pen, the name Samsung gives to the thin styluses for its mobile devices. The stylus usually costs extra, so it’s nice to see it bundled here. The S Pen magnetically sticks to the edge of the tablet for safekeeping. The implementation is almost identical to the second-gen Apple Pencil on the iPad Pro, but I’m not complaining. I love being able to stow away the pen quickly on the device.

GREAT ECO-FRIENDLY GEAR
You’re a good person. You want to buy eco-friendly stuff. Here are a few of our favorite products specifically made with the planet’s welfare in mind.

Unlike some styluses on other Samsung devices, this one isn’t smart. There’s no Bluetooth, so you can’t snap a photo by using the pen to remotely trigger the shutter, for example. But the lack of smarts does mean the stylus doesn’t require charging. I was surprised to find myself using the pen for things I usually use my finger for, such as scrolling through Twitter. I think a big reason for that is the speedy storage solution for the pen. I’m not hunting for it or forgetting to charge it. It’s always there.

Unfortunately, the drawing experience with the S Pen pales in comparison to the Apple Pencil on an iPad. Samsung has improved its palm rejection technology since I last tried sketching with the stylus on the Tab S6, but you’ll still be frustrated when the screen registers your palm and starts making random lines, interrupting your artwork. Don’t get me wrong, sketching on the Tab S6 Lite is completely doable; the S Pen’s pressure sensors respond accordingly when you exert more force or lighten your touch. It’s just not as enjoyable as on an iPad.

The Tab S6 Lite sits in my bedroom for times when my partner and I both have to take a meeting at the same time. I switch over to the tablet to hop on Zoom video calls, and sometimes I continue working on it after my meetings have ended.

That’s largely possible with a Bluetooth keyboard cover accessory that Samsung sells (made by Targus) for $159. The keys on the keyboard cover are a little cramped, but they offer plenty of travel, and the accessory keyboard has been sufficient in helping me get some light work done for short periods of time. The keyboard cover even manages to maintain a slim profile, though I do wish it offered a few different ways to angle the screen.

However, the chink in the Tab S6 Lite’s armor is the chip inside that powers it all: Samsung’s Exynos 9611, the same processor as the one in the Galaxy A51 smartphone. As on that phone, the performance on the tablet is just OK. I noticed stutters now and then, and switching between apps can take longer that I’m used to. But the overall sluggishness is still disappointing. It’s a problem you won’t encounter on Apple’s iPad, which on most weeks is about $20 cheaper than Samsung’s tablet.

Battery life makes up for it a little. The 7,040-mAh cell typically lasts me two to three days, when I use the tablet for a few hours at a time. I wouldn’t expect it to last a full 9 to 5 workday if you exclusively use the tablet for everything, but it should come close. The Tab S6 Lite has other niceties too. You can get LTE if you want connectivity outside the house (less useful these days), and it includes 64 gigabytes of storage, with the option to add more space via the MicroSD card slot. (You can also opt for a 128-gigabyte model.)

There is an odd exclusion though: a fingerprint sensor. Yes, Samsung offers a crude face unlock system, but it barely works for me, and it’s nowhere near as secure as Apple’s Face ID system on the iPad Pro. Having a fingerprint sensor like the one on the base-model iPad would make it quicker and easier to unlock the tablet. It’d also give users a faster and more secure way to log into banking apps and the like.

The Tab S6 Lite is a decent machine for mixing work and play, but the total price with the keyboard cover puts it at $509. I think you’re better off getting the base iPad and the Smart Keyboard (or a third-party one), which will save you a little bit of dough. Plus, if you go with an Apple-made tablet, you’ll get apps that are better optimized for larger screens, a nicer user interface with friendly multitasking functions, and better performance. Drawing will also be more pleasant, though you’ll pay almost $100 extra for the Apple Pencil.

But sometimes, you’ll want to stick with what’s familiar. If Android is your jam, then the Tab S6 Lite is a totally fine tablet that will serve you well.

This article originally appeared on https://www.wired.com/review/samsung-galaxy-tab-s6-lite/ 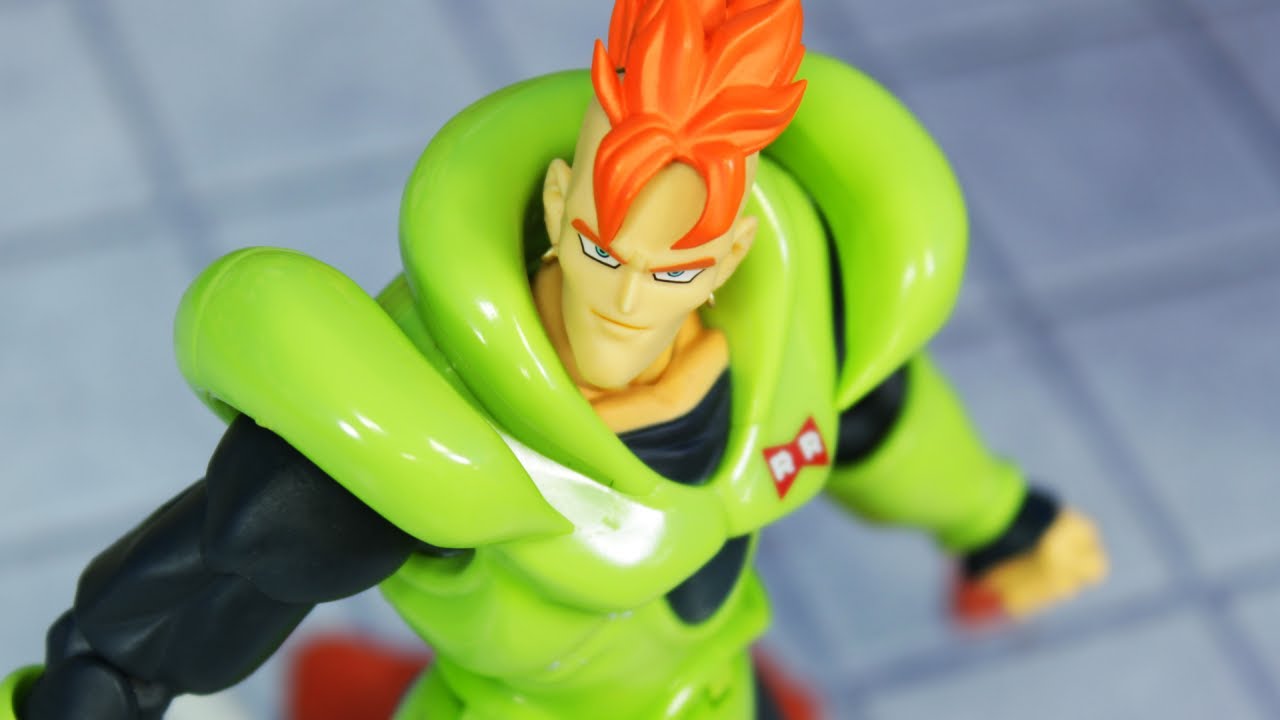 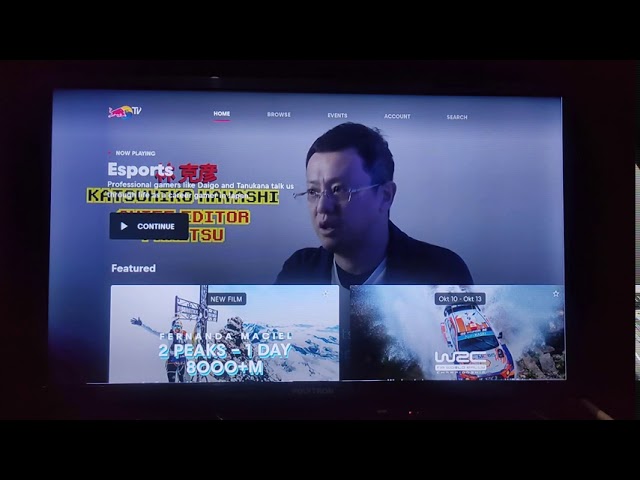 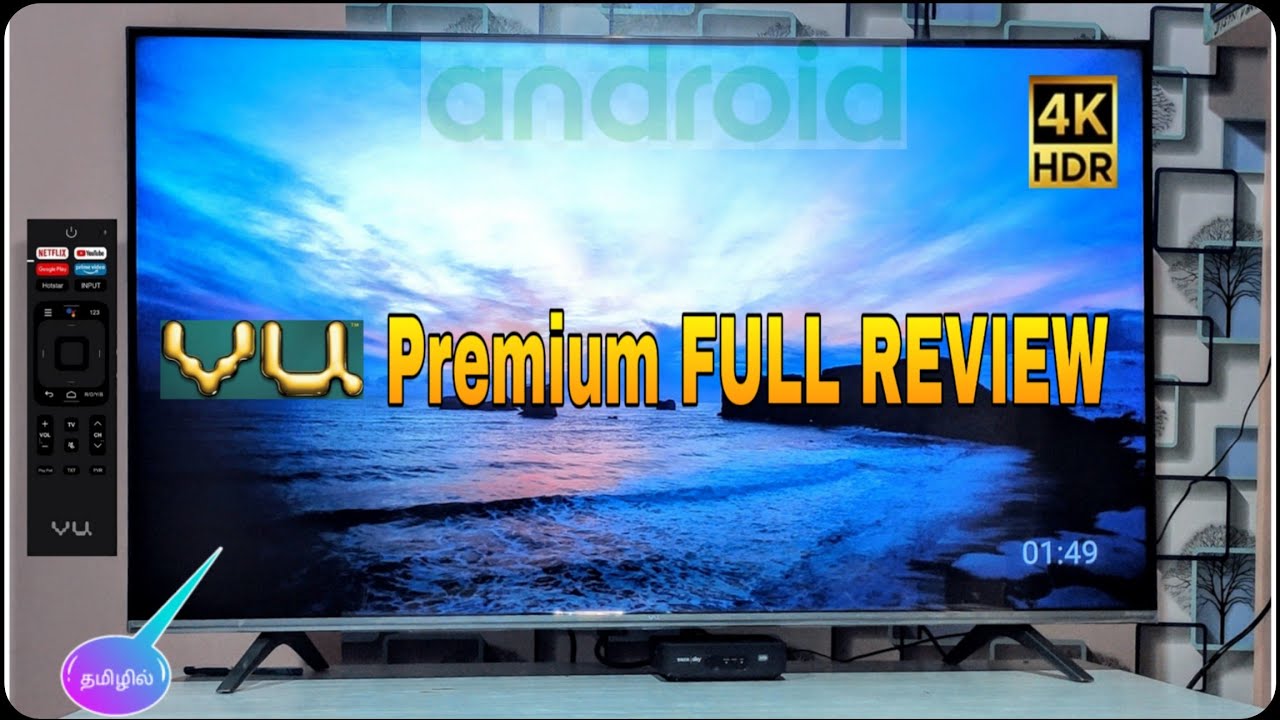