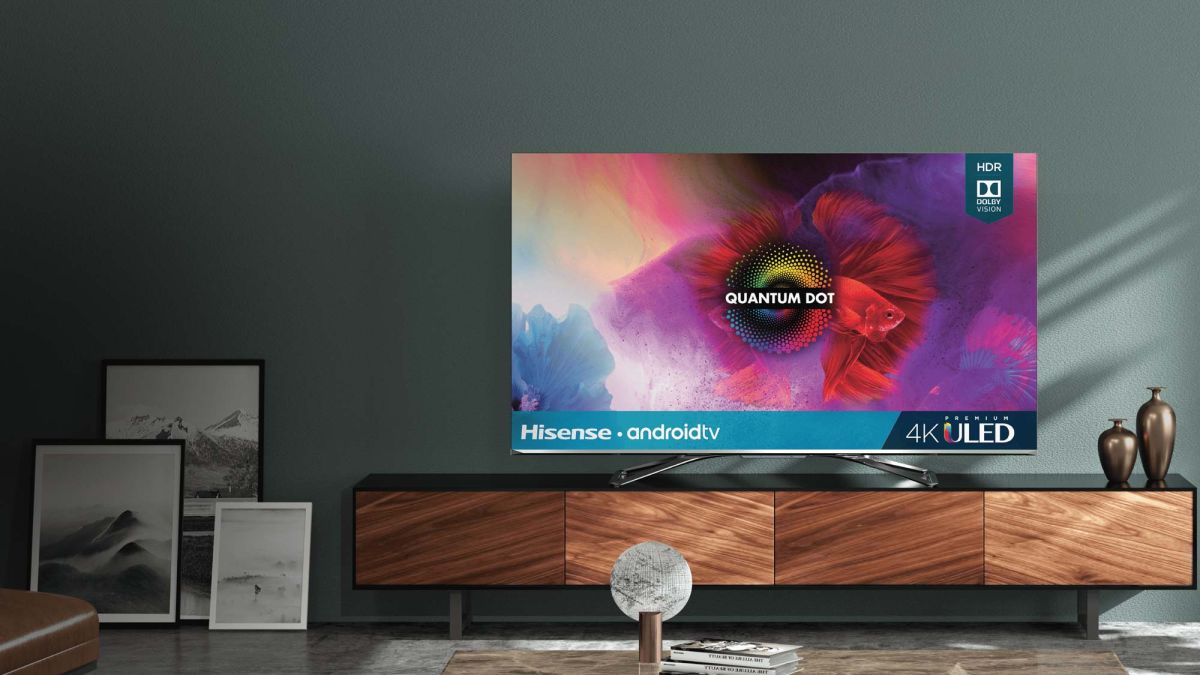 Hisense has established itself in the TV world by offering performance and features that outpace its sets’ price. The company’s flagship 4K H9G Quantum set is a statement piece, but it’s also a good value and an improvement over what we saw in last year’s Hisense H9F review. In addition to boasting the familiar Android TV operating system, the H9G Quantum is equipped with Hisense’s new quantum dot technology, supports Dolby Vision, Dolby Atmos, and HDR10, and has built-in voice controls. It’s an impressive set of features for a model priced at roughly $700.

Alas, there’s a lot of competition out there—which is great for shoppers and movie fans. The TCL 6-Series Roku TV (R635), for example, is available in the same 55-inch size for less and includes not only the leading smart TV interface, Roku, but also some cutting-edge picture technology known as micro-LED. Vizio is also targeting the same market with its mid-range sets, like the one seen in our Vizio M-Series Quantum (M658-G1) review.

Two versions of the H9G Quantum are available: The 55-inch model (the 55H9G)and the 65-inch 65H9G. We evaluated the former, but the latter should have a nearly identical feature set and comparable performance. (The significant difference between the two being the number of active dimming zones—180 for the 65-inch and 132 for the 55-inch—which is more a function of size rather than performance.)

The H9G is Hisense’s top-of-the-line series and replaces last year’s H9F. It represents some solid but not groundbreaking improvements over the previous model and competes against TCL’s 6 Series and Vizio’s M Series sets.

The Hisense 55H9G set has a thin silver bezel along three sides—top, left, and right—with a wider, sculpted border on the bottom predictably emblazoned with the Hisense logo. Below that is a trapezoid-shaped control panel that contains a power button on the right and a convenient mic button (a.k.a. far-field voice system) on the left. There are also two downward-firing 10-watt Dolby Atmos speakers.

The set uses two center-mounted triangular feet for table-top placement. The advantage is that it can securely sit on a credenza that is smaller than the screen’s 48.5-inch width, but it makes it tricky to slide a sound bar or box under the screen. For wall installations, the 55H9G works with VESA 400mm x 300mm mounts.

The back of the Hisense H9G sports a new look, with an eye-catching diamond pattern replacing the H9F’s simpler three-line design, four VESA wall-mounting holes, and a track near the bottom to aid with cable management.

On the right hand side of the TV is a connector panel boasting the same collection of ports seen on last year’s H9F.

There you’ll find four HDMI 2.0 connections, two USB, an Ethernet jack, Digital Audio output, a coaxial connection for cable or antenna, RCA composite video input, and a headphone jack. There is also a small headphone-jack-style port labelled “Service”, but it’s not used to connect any external devices and anyone but a TV technician can safely ignore it.

The Hisense H9G is an LCD panel augmented with a quantum dot film to deliver a broader spectrum of colors. To improve contrast within challenging scenes, the 4K set also has a full-array backlight with 132 local dimming zones. It’s the kind of display technology one expects in a flagship model.

Hisense has several preset picture modes, including settings for sports, movies, and a Filmmaker Mode. We found the best preset mode for watching a variety of movies and broadcasts was the set’s Theater Night mode, which turns off video processing such as motion smoothing (or “Clearness”) and active contrast and puts noise reduction down to medium.

We have come to expect any 4K set that uses quantum dot film to boost the color spectrum to do well in a standard color gamut test, and the Hisense 55H9G didn’t disappoint, reproducing 99.8 percent of the standard Rec 709 spectrum, comparable to other sets in this class. The TCL 6-Series R635, for example, yielded 99.92 percent of the color spectrum while the Vizio M-Series Quantum (M658-G1) yielded 99.91 percent in our tests.

The big highlight among our test results was the Hisense 55H9G’s impressive color accuracy. It turned in a Delta-E score of 0.92. We generally consider any number less than 2 to be a good result, so the Hisense set definitely impressed, bettering the results from the TCL 6-Series Roku TV R635 which turned in a 2.85 in our tests. The Vizio M-Series Quantum we tested was marginally better in this regard with a Delta-E of 0.62

On the Hisense H9G, 4K Dolby Vision material like The Mandalorian looked very impressive, whether it was displaying worn, rust-colored speeders or the hero’s glinty helmet. Scenes looked detailed and naturalistic, ranging from a burgeoning snow storm to an arid desert. All the while, the active dimming zones helped to keep the letterbox bars nice and black.

The Hisense H9G also did justice to our Star Wars: The Rise of Skywalker Blu-ray test disc. There was little to no banding on subtle color transitions like the desert skies, and the pyrotechnics were appropriately intense and sharp. In the worm tunnel scene, the set did an excellent job rendering shadowy details and bright highlights in the same scene without generating any posterization.

Indeed, the only downside we noted was the set’s relatively narrow view axis. Get too far out of the set’s center sweet spot and colors tend to wash out.

Gamers—who know that every second counts—will be encouraged to note that the Hisense 55H9G turned in an excellent quick response with a tested lag time of just 16.1 ms. We consider 17 ms a great result and anything quicker than that to be excellent. It’s also an impressive test result compared to the TCL 6-Series Roku TV R635 (21.5 ms) and Vizio M-Series Quantum M658-G1 (29.9 ms).

Cord cutters will find the H9G also works well with an HD antenna. Our initial scan using a Mohu Leaf antenna revealed 86 digital channels in the New York area. The Hisense tuner is more sensitive than most, receiving CBS, which we don’t usually get, as well as other major networks, such as NBC and ABC.

Powering the H9G is Android TV, one of the richer TV operating systems. With a clean, minimalist layout that’s easy and intuitive to navigate, it delivers tons of default apps for major streaming services and gives you the ability to add hundreds of other apps in myriad categories from the Google Play Store. And with Chromecast built in, you can easily beam content from your phone to your TV.

You can set up the Hisense H9G using your Android phone and easily transfer Wi-Fi settings and Google account information to the TV. You have the choice to enable location services, for example, and to turn on Google Assistant, as well. You may also enable “personal results,” which will allow you to open email, check your calendar and make payments using only your voice…but it will also allow others to get access to your personal information on the big screen just using their voice.

Having Google Assistant and far-field microphones built into the set itself enables you to say things like, “Ok Google, what’s the temperature outside?” without picking up the remote control or pressing any buttons. You can also make this work when the TV is off. If any of this makes you uneasy, you can turn it all off just by using the mic switch located right below the screen; we thought this was a handy feature.

Is Google Assistant perfect? No, but neither is Alexa (which you can use here via an app). The set sometimes doesn’t understand spoken questions if they refer to features in other sub menus (such as asking for an app that isn’t installed yet). And our set kept hearing “find” as “signed” but then had no problem understanding “Bodhisattva.”

Hisense includes six preset sound modes in the H9G, from standard to theater and music to “Late Night” listening. We found the standard mode actually delivered the best sound for broadcast and most streaming sources with a pleasing balance of bass and treble and dialogue and sound effects.

There’s plenty of volume here from the TV’s two 10-watt speakers, but the overall quality is a little wanting. Blasting the 4K “Take On Me” video with the music setting lowered the sound stage and boosted the bass, but it neglected some of the high end, so what should be soaring vocals sounded thin. Theater mode seemed to bury the sound behind the TV rather than making it seem more expansive. We also didn’t feel like there was much if any channel separation in any of the audio modes.

The remote for the Hisense H9G is relatively large (about 8 inches) and with a clean, simple layout. Unlike smaller remotes, it includes a numeric pad, which makes it easy to navigate and take full advantage of the TV’s various functions. Dedicated buttons at the bottom give you instant access to Netflix, Amazon Prime Video, YouTube, and Google Play. It’s not backlit, so you may have a little trouble using it in a darkened living room until you’ve memorized its layout.

If you’d rather dispense with the remote altogether, you can download the Android TV app to your phone and control the H9G using it. Or there is the set’s integrated far-field voice control, for receiving your Google Assistant commands. Adding this functionality directly into the TV is a handy feature; other sets we’ve seen have the voice control built into the remote, which isn’t immediately more convenient.

The 4K Hisense H9G Quantum Android TV represents something of the pinnacle of LCD TVs using quantum dot technology. Witness its admirable color accuracy. It’s also got plenty of convenient smart features, such as the Android TV software and built-in Google Assistant. And while the H9G’s far-field microphones may raise some eyebrows over privacy concerns, the inclusion of a physical switch to turn them off should allay most of those worries.

Overall, the Hisense H9G Quantum Android TV is a touch ahead of the Vizio M-Series Quantum, especially for any gamers looking for a quick-response big screen. However, movie lovers looking for maximum picture intensity will also want to consider the TCL 6-Series Roku TV (R635) with its leading mini-LED picture technology.

This article originally appeared on https://www.tomsguide.com/reviews/hisense-h9g-quantum-android-tv-55h9g 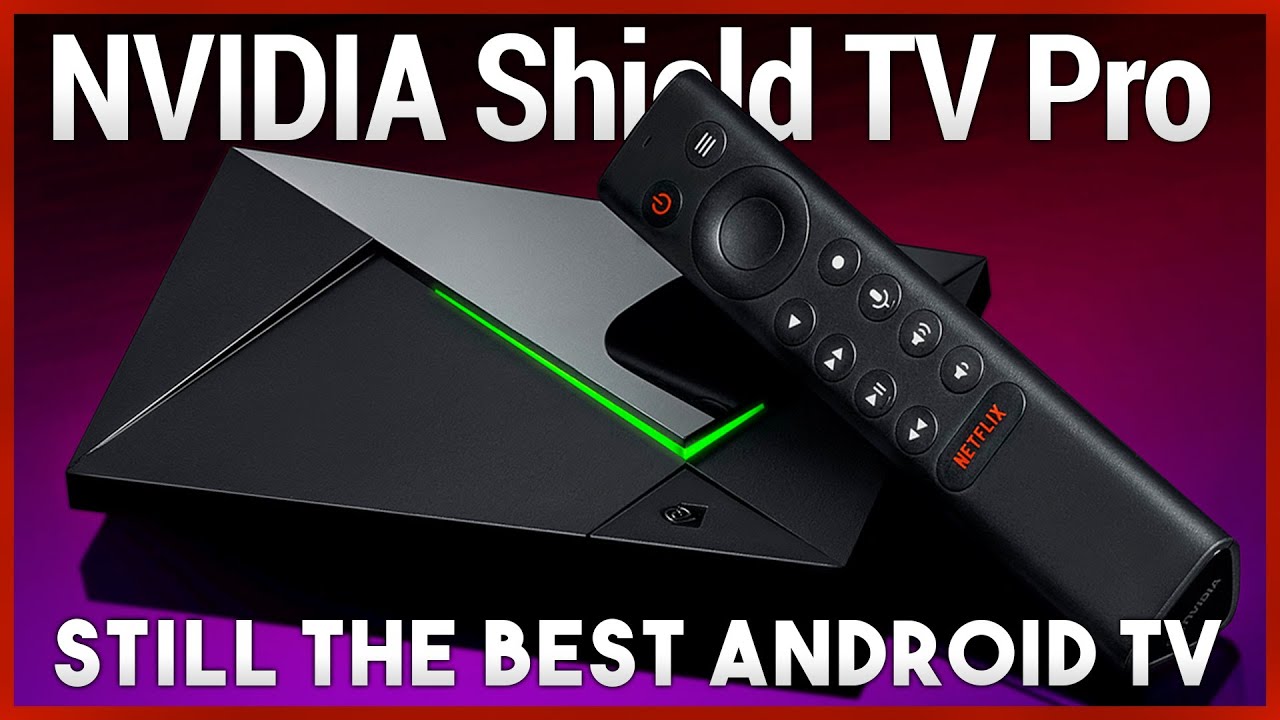