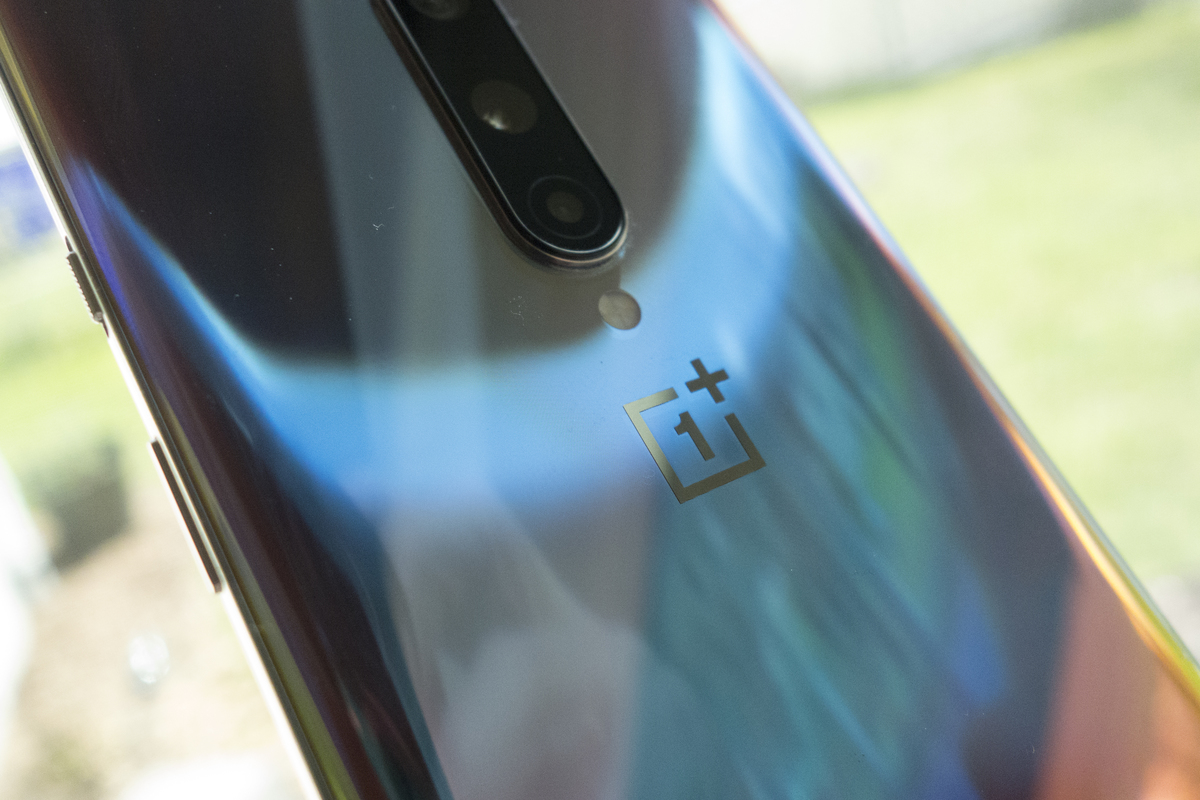 In a topsy-turvy world where Apple is releasing $399 iPhones and OnePlus is making $999 premium phones, the OnePlus 8 should be the perfect foil to the OnePlus 8 Pro. After all, OnePlus built its reputation on showing up the high-priced Galaxies and Pixels of the world with premium-specced Android phones for pennies on the dollar. It’s only fair that it does the same for its own four-figure phone.

Update 9:40am ET: The OnePlus 8 is available for purchase through Verizon for $800Remove non-product link in an exclusive Polar Silver color with the carriers 5G branding on the back.

In some ways, the OnePlus 8 delivers on that promise. It has a great screen, the newest Snapdragon processor, 5G, and a triple-camera array at a price lower than the Pixel 4 and Galaxy S10. But when you zoom in on what the OnePlus 8 offers for its price ($699 from OnePlus), which is $200 higher than last year’s 7T (currently discounted to $499 from OnePlus), it becomes clear the while it’s a very good phone, it’s not quite the killer bargain OnePlus wants us to think it is.

The OnePlus 8 is clearly cut from the same cloth as the 8 Pro, but it’s not a mere smaller version. While it has the same hole-punch camera cutout and vertical camera array, there are distinct visual differences. 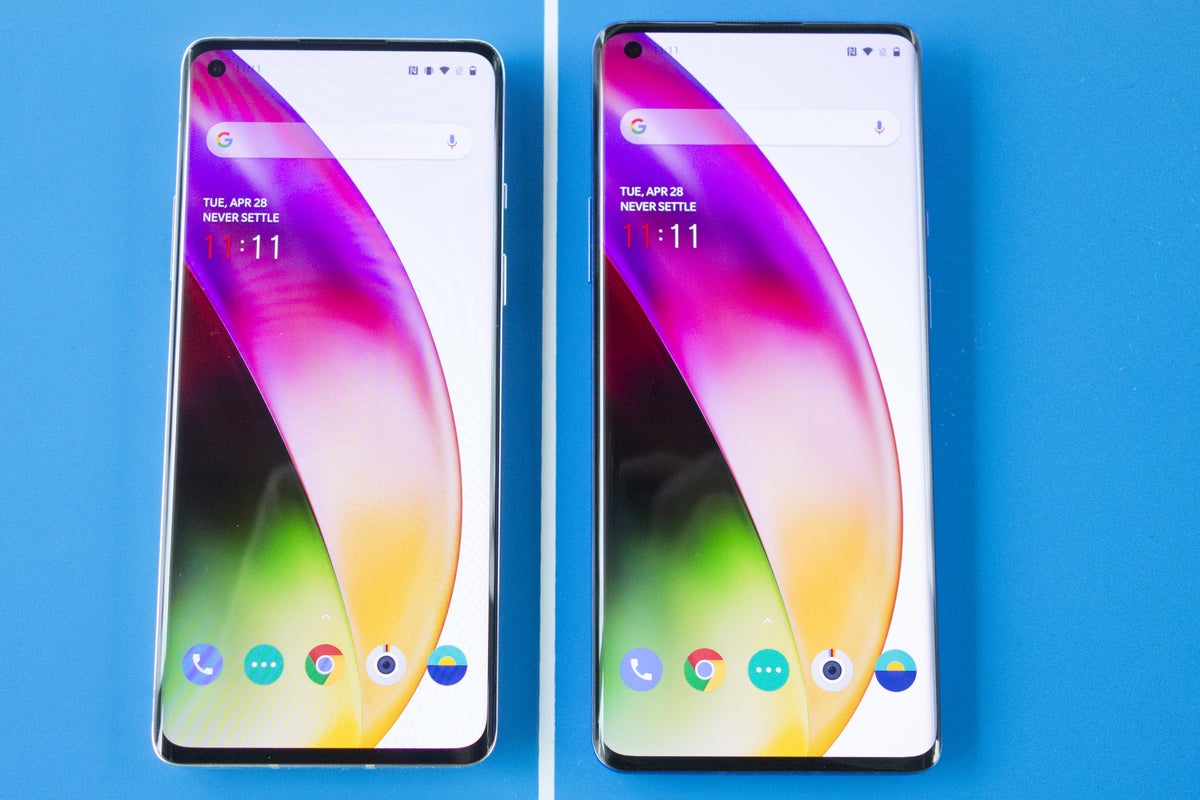 The OnePlus 8 (left) has a similar look to the higher-priced OnePlus 8 Pro.

Most notably, the 3D display isn’t quite as curved as it is on the 8 Pro. That means the 8 has thicker, more visible side bezels. It also has fewer accidental touches, so it could be an improvement depending on your screen preference. The top and bottom bezels are very similar on both phones, however, and the two displays are spectacular in their own right: The 8 Pro edges out the 8 only in head-to-head tests, due to the latter’s lower resolution (402ppi vs 513ppi) and slower refresh rate (90Hz vs 120Hz). Whites are bright, blacks are deep, and colors are vivid even in bright sunlight.

Like the last few OnePlus models and the 8 Pro, the 8 has an in-display optical fingerprint scanner instead of 3D facial recognition or a rear-mounted physical scanner. While it’s definitely improved over the original version on the 6T, it’s still very finicky and nowhere near the mindless process of Face unlock of the Pixel. I love the continued inclusion of the handy alert slider, which lets you silence the ringer with a flick. And I also love the haptic engine, which straddles the line between too-little and too-much vibration. 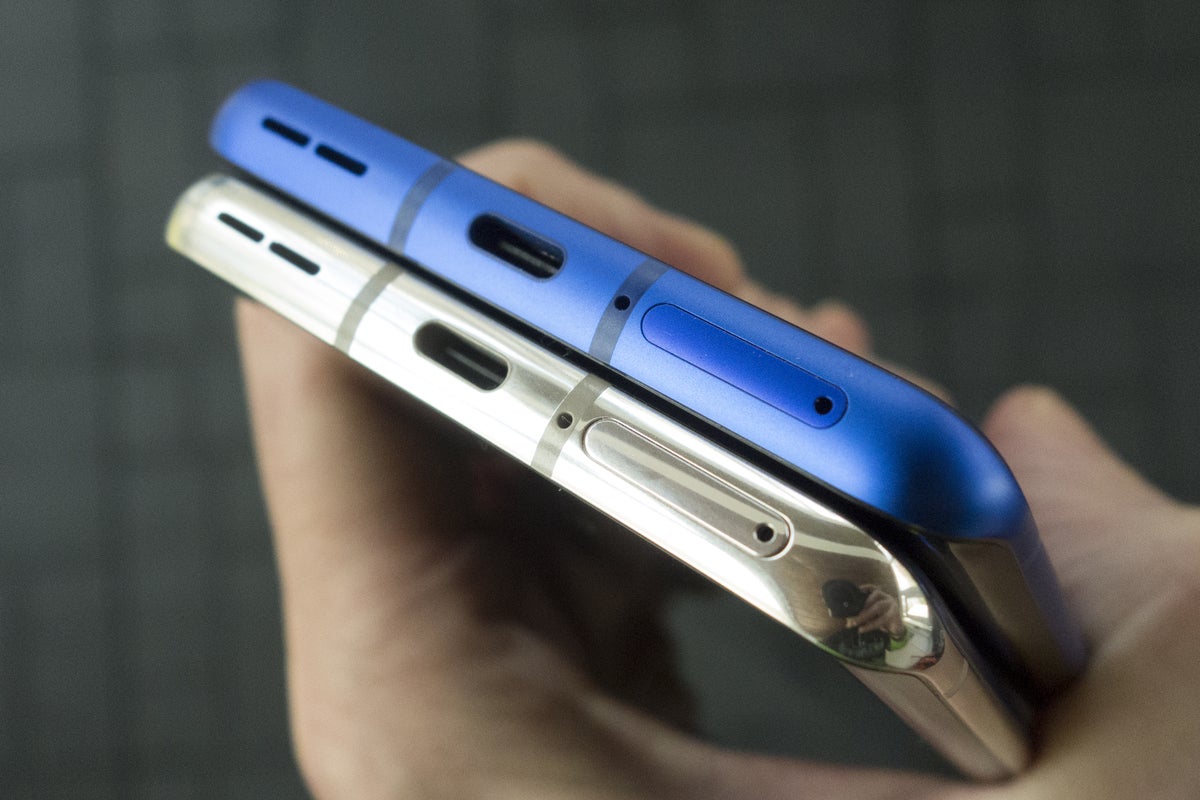 From the bottom, the OnePlus 8 and 8 Pro are identical.

The OnePlus 8’s slightly smaller size makes it easier to handle than its bigger sibling, while allowing for a firm grip on its somewhat slippery case. Because the glass back has a glossy finish in contrast to the 8 Pro’s frosted matte veneer, however, you’ll definitely pick up fingerprints throughout your day. And with very little to distract your eye other than a relatively small camera array, smudges will definitely be noticeable, especially on the mirrorlike Interstellar Glow option.

If the OnePlus 8 were $100 cheaper, the design and display would make it an easy recommendation on their own. But at $699, the OnePlus 8 draws inevitable comparisons to the entry-level iPhone 11, shining a harsh light on the things it lacks, namely wireless charging and IP-rated water resistance. 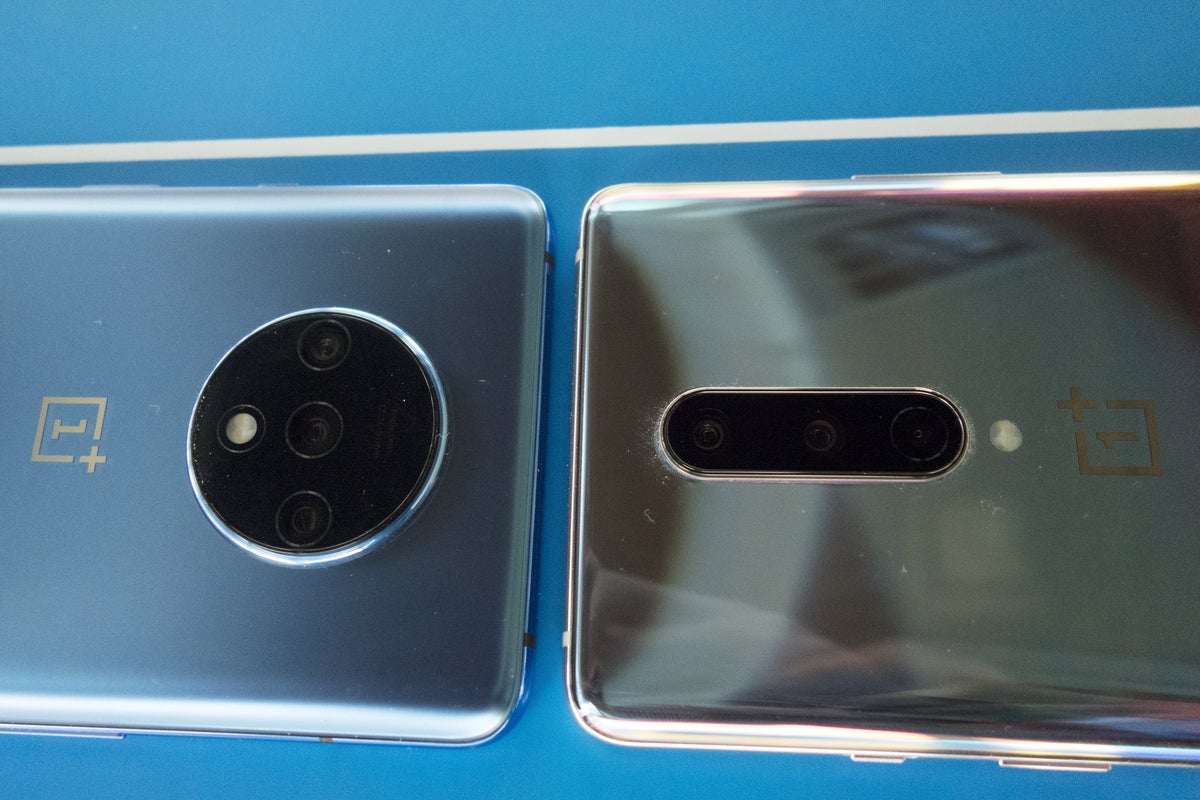 The OnePlus 8 ditches the circular camera array for a vertical one.

Complicating things for the OnePlus 8 is the fact that the OnePlus 8 Pro has both of those things, along with faster RAM, a higher-resolution display, and a vastly superior camera for just $200 more. The 8 is already the most expensive entry-level phone OnePlus has ever made, but it also represents the biggest leap in price over the previous generation, especially if you don’t like the default Glacier Green finish. If you want the 8 in the shiny Interstellar Glow version, you’ll need to upgrade to the 256GB model with 12GB of RAM for $799.

The price hike isn’t necessarily justified by the spec bump. Yes it has the newest Snapdragon processor, but other than that and 5G, the OnePlus 8 isn’t all that different from the 7T, which just received what appears to be a permanent price cut from $599 to $499. Here are the main features of the OnePlus 8, followed by those for the OnePlus 7T:

By splitting the difference price-wise between the $499 OnePlus 7T and the $899 OnePlus 8 Pro, the 8 establishes itself as a mid-point between super-value and super-premium, but it doesn’t quite have the specs to match. The 8’s display is exactly the same as the 7T’s. Both the 8 and the 7T have a trio of rear cameras (compared to four on the 8 Pro), but the 8 has a macro lens instead of a telephoto one. 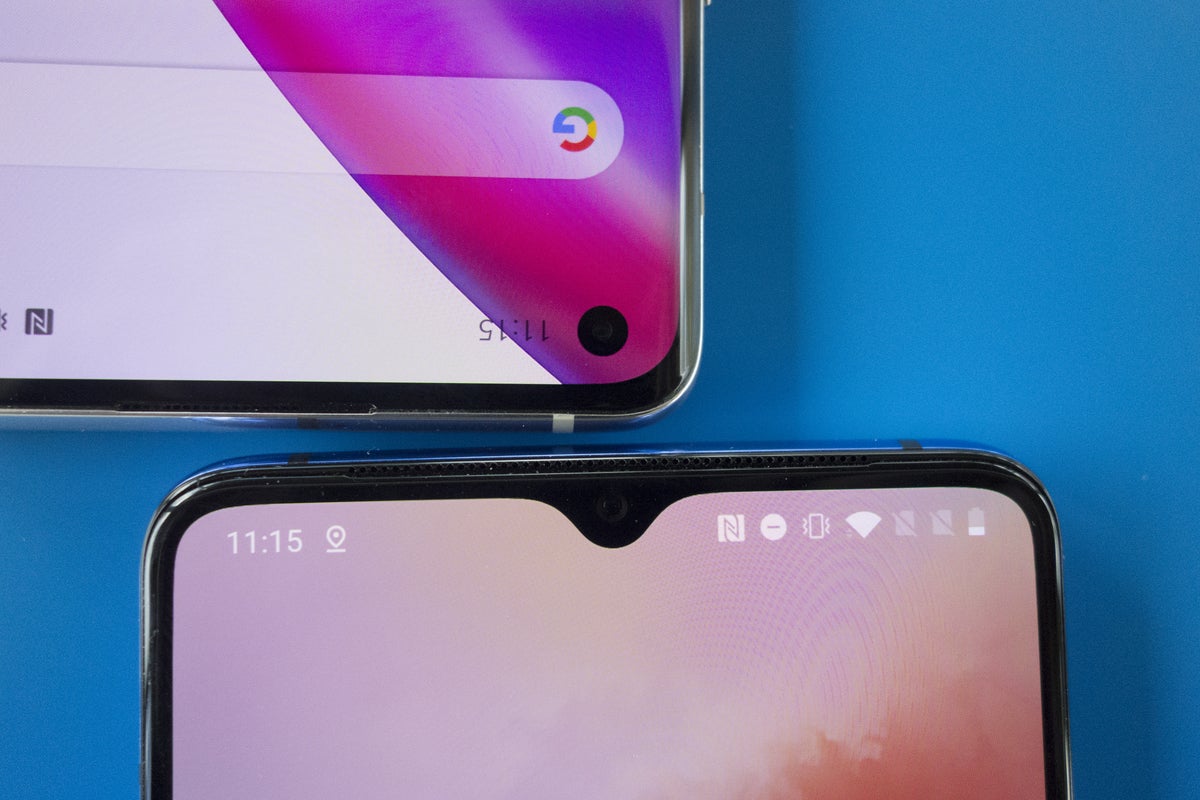 The OnePlus 8 ditches the 7T’s notch for a hole-punch selfie cam.

The 8 is somewhat future-proofed, thanks to the inclusion of the same X55 5G modem that’s in the 8 Plus, but the benefits there will depend greatly on where you live. Besides, the unlocked version is really useful only for subscribers to T-Mobile, the network that uses sub-6GHz 5G. Verizon customers will need to spend an extra $100 for an exclusive version of the 8 that works on its speedy mmWave network. In short, most people will be paying a premium for a feature they won’t use.

The OnePlus 8 feels a touch slower than the OnePlus 8 Pro due to the refresh and the RAM, but it’s nothing you’re going to notice in a vacuum. In fact, benchmark wins were evenly split between the two, with the Snapdragon 865 handily topping 10,000 in PCMark’s Work 2.0 test. That’s not as high as the S20 Ultra achieved with the same chip, but the differences are largely academic. 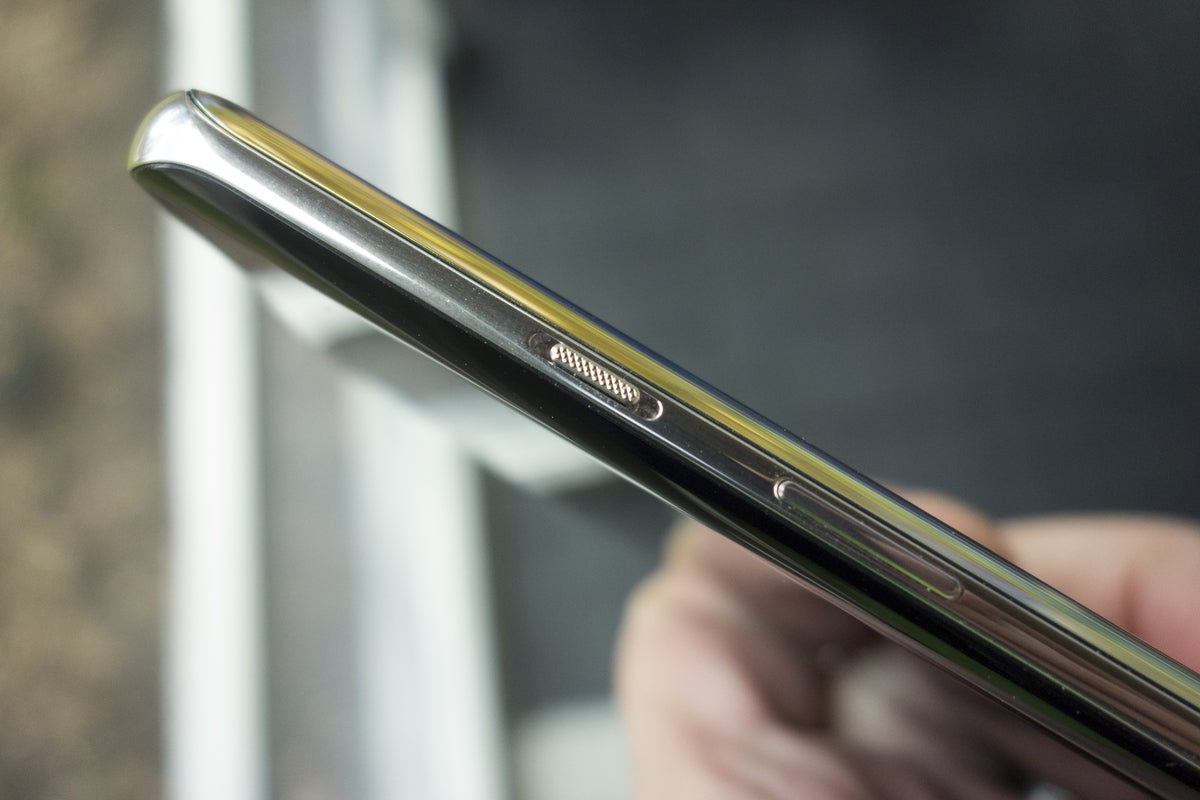 The same goes for the battery. Whether the refresh rate is at 60Hz or 90Hz, you’ll comfortably make it through a day of hard use, with a little left over if you forget to plug it in. The lack of wireless charging is definitely a sore spot, but you do get super-fast wired charging out of the box with the same 30W adapter that comes with the 8 Pro.

Helping the speed and the battery is OnePlus’ excellent Oxygen OS, which is extremely faithful to Google’s Android with just enough personal touches. OnePlus has done well to optimize and modernize its system, but it’s still not promising more than six updates a year on a bi-monthly basis. When OnePlus phones cost $499 that was easier to overlook, especially with a robust beta program. But with Samsung and Google delivering a dozen security updates each year in addition to bug fixes and feature drops, it’s another knock against a high-priced OnePlus phone.

On paper, the Oneplus 8’s camera isn’t much of an improvement over the 7T’s setup, and as expected, the two phones perform very similarly. However, while the 7T’s camera seemed impressive when it debuted for $599 phone in 2019, the 8’s camera doesn’t do enough to justify its much higher price.

For the most part, the pictures you take with the OnePlus 8 will be slightly worse than the 8 Pro ‘s, and roughly the same as the 7T’s. Portraits are good despite the lack of a dedicated telephoto lens, but I found edges to be more defined with the 7T. Details are a bit sharper and color is a bit more accurate and less saturated with the 8, but unless you’re comparing them side by side, you’re going to have a hard time discerning between the two phones.

Without a telephoto lens, portraits on the OnePlus 8 (left) aren’t as good as they are on the 8 Pro (center) or 7T (right).

Moreover, the OnePlus 8 Pro’s struggles—namely with low light and motion shots—are accentuated on the 8. White balance was constantly an issue in tricky lighting. Action shots were very soft and blurry even in good lighting. And closeup images, which should be the OnePlus 8’s advantage thanks to a dedicated macro lens, failed to impress me much. I think the 8 would have been way better served with a telephoto lens, even if it meant keeping the exact same setup as the 7T.

The dedicated macro camera on OnePlus 8 (left) wasn’t able to capture detail any better than Super Macro Mode on the OnePlus 8 Pro or 7T.

Compared to other phones in its range—the iPhone 11, Pixel 4, even the Pixel 3a—the camera on the OnePlus 8 isn’t bad. The problem is it’s not much better than the camera on the $499 7T OnePlus already sells.

Should you buy a OnePlus 8?

The OnePlus 8 is caught between a rock and a hard place. On one hand, it’s $200 cheaper than the OnePlus 8 Pro, which makes it a compelling option for someone on a bit of a budget. On the other hand, it’s $200 more than the recently reduced OnePlus 7T, with a starting price that’s higher than last year’s OnePlus 7 Pro. 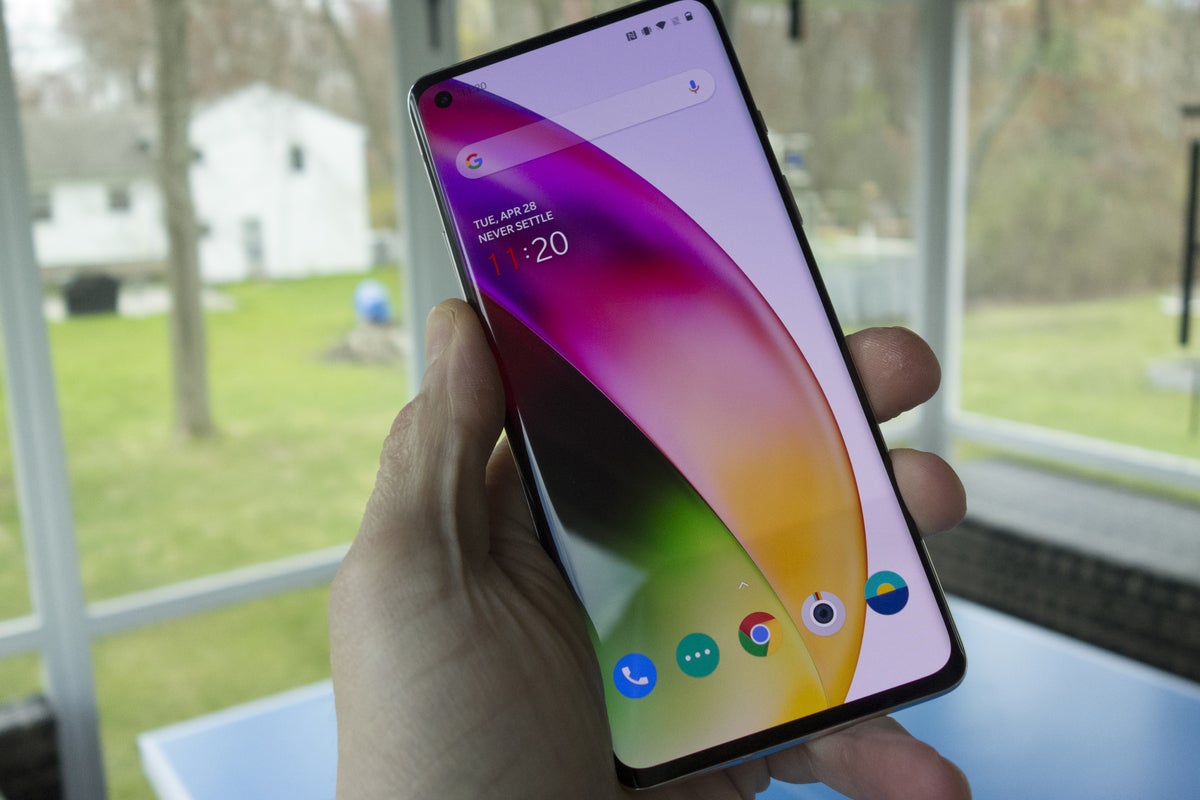 The OnePlus 8 only has a Full HD screen but it makes the most of every pixel.

While the 8 is definitely a speedy phone with good looks and a great screen, it doesn’t feel all that much better than the 7T. Getting a 5G phone for this price might be appealing to some, but unless you’re among the small percentage of users who will actually benefit from it, most people aren’t going to care. Besides, OnePlus’ claim as one of the cheapest 5G phones around will be short-lived once a raft of Snapdragon 765-based phones arrives later this year.

If you need a phone right now, we’d recommend the $499 OnePlus 7T as a nice stopgap. Between that and rumors of a OnePlus “lite” phone returning the brand to its mid-range roots, the OnePlus 8 just isn’t enough phone for the price.

This article originally appeared on https://www.pcworld.com/article/3540791/oneplus-8-review.html 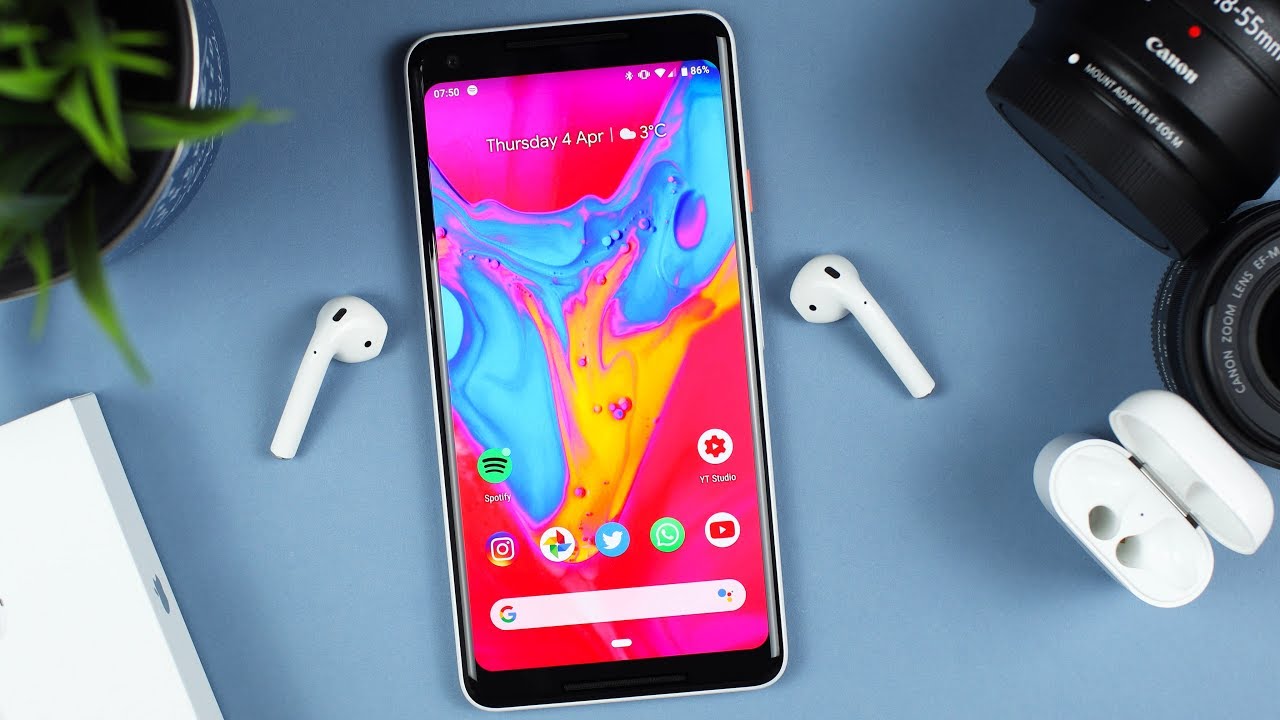 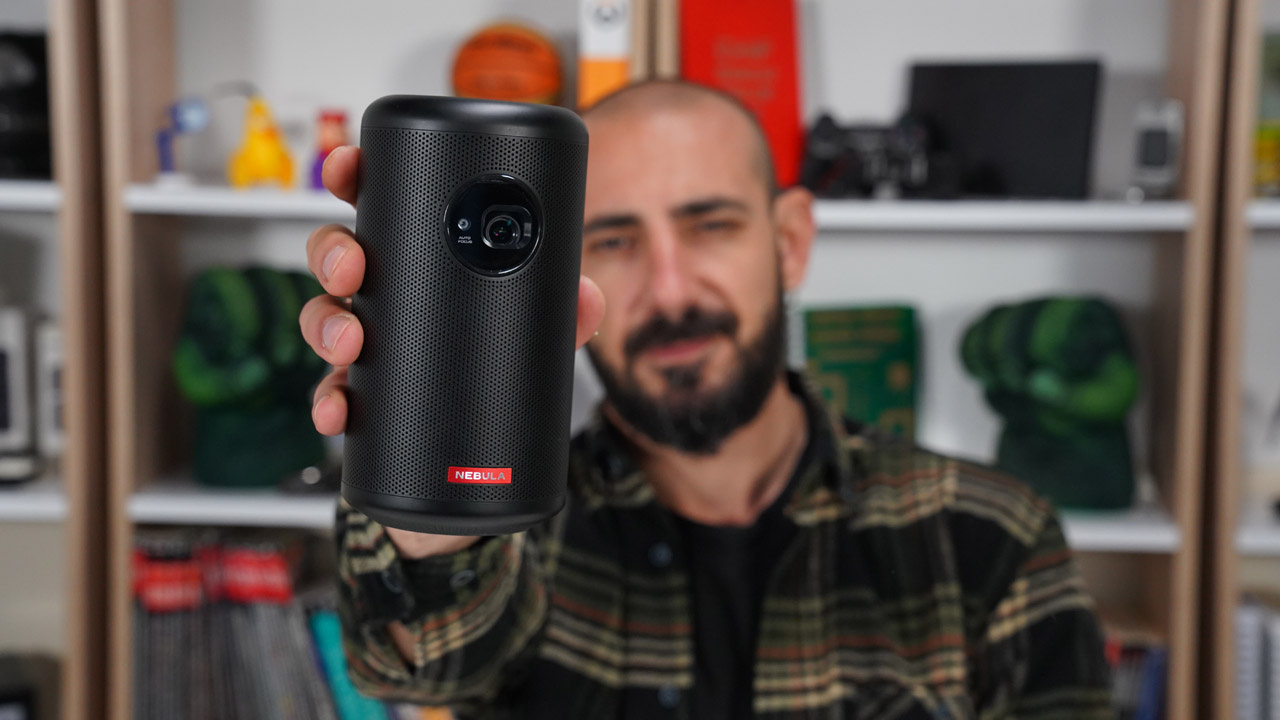