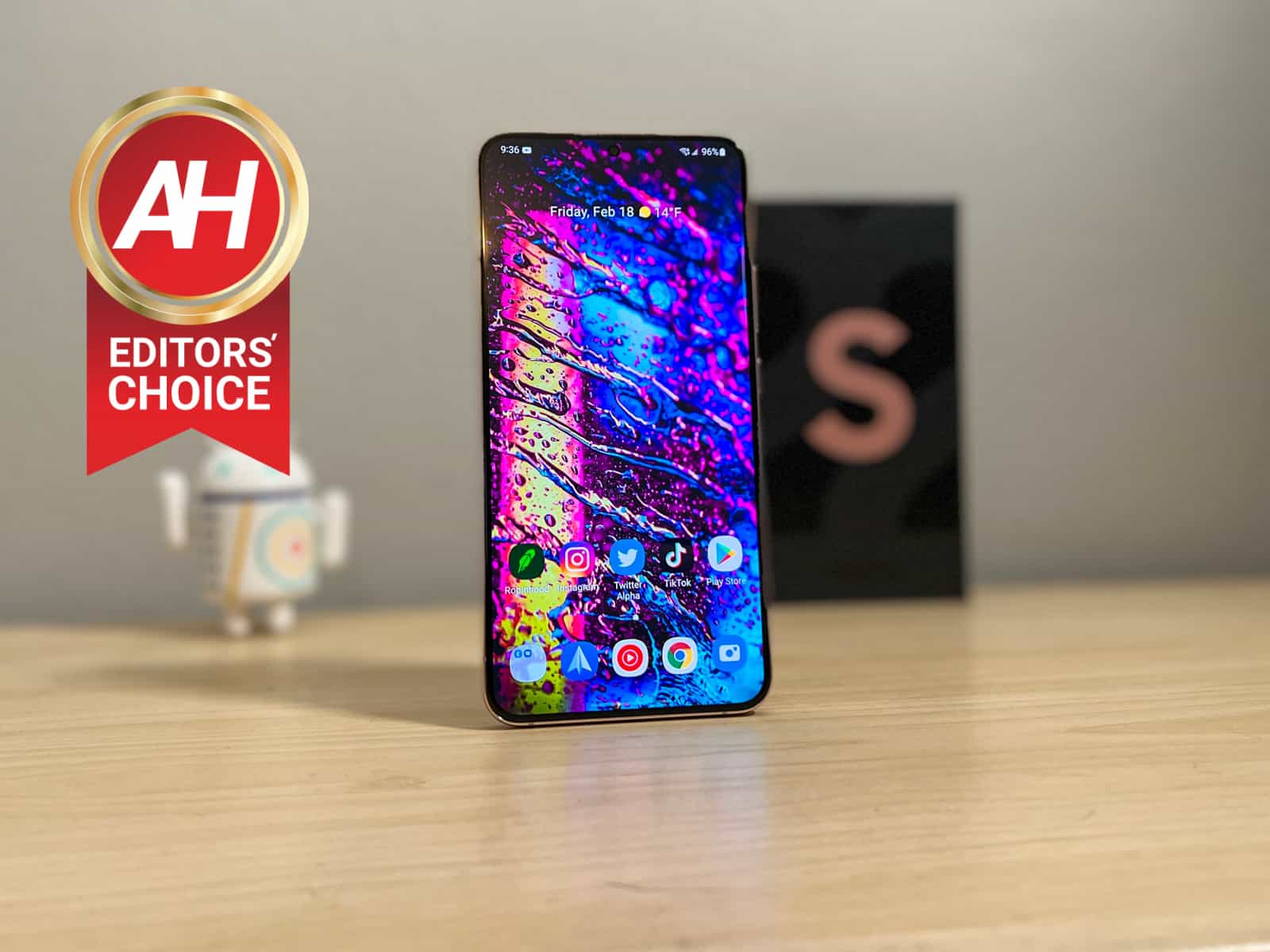 Coming in just a penny shy of a grand, the Galaxy S22 Plus has some big shoes to fill. Competing with things like the iPhone 13 Pro. So the question here is whether it is worth the price, or if you should pony up $200 more for the Galaxy S22 Ultra.

Android 12 out of the box

We’re going to make things interesting in this review of the Galaxy S22 Plus, and start with the software. After all, the Galaxy S22 Plus can have the most premium hardware, and design, but if it doesn’t have good software, then the whole package falls flat. 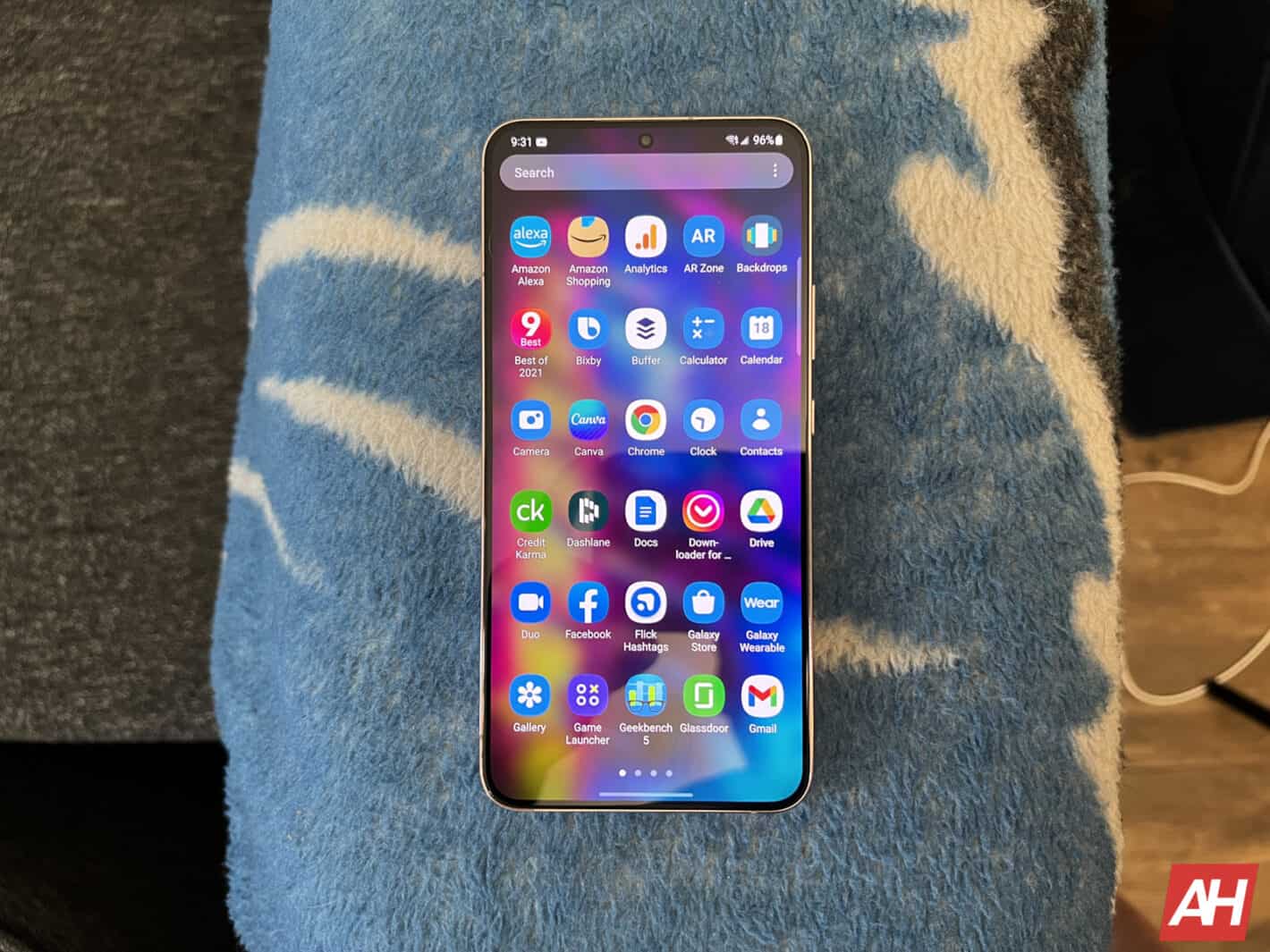 Luckily, that is not the case here. The Galaxy S22 Plus launches with Android 12 out of the box, along with One UI 4.1. Honestly, that’s not surprising. The spring flagship does usually come with the latest version of Android, and here we go. But the surprising thing here is, Samsung has upped its software support. Now promising four years of Android OS updates. That is a full year longer than Google supports on its own Pixel devices.

That’s a big deal, because Google makes the software, yet its partner is supporting their phones longer. It’s still not quite at the same level as Apple, who is supporting phones for well over six years right now. But it is a step in the right direction. Samsung has really been killing it with software over the past year. Not only extending its updates, but pushing them out super quick. Almost all of their phones have been updated to Android 12, just four months after release. In the past, we’d be lucky to see one flagship updated in that amount of time.

With One UI 4.1, we’re mostly getting updates to the camera and video performance here, along with some bug fixes for One UI 4 that launched with Android 12 last year. There are a few other changes like Google Messages now becoming the default messaging app. And there’s also Google Duo Live Sharing which is only available on the Galaxy S22 lineup right now.

Samsung has also made the Material You portion of Android 12 a lot better in One UI 4.1. It now supports more color palettes, though it still does not look as great as it does on a Pixel.

The performance of the Snapdragon 8 Gen 1, and 8GB of RAM under the hood here, makes the Galaxy S22 Plus with Android 12 absolutely fly.

Battery life is good, but not great

Battery life here on the Galaxy S22 Plus is good, but not great. I say that because I was able to get about six to seven hours of screen on time while using the phone. In my book, that is good, but not great. The Galaxy S22 Ultra is a tiny bit better. The Google Pixel 6 Pro that we reviewed last October, managed nearly nine hours of screen on time, which is enough for us to call it great.

So is it going to get you through a day? Yes, it should get through a full day with no problems. That is one thing many of us were worried about, since the Galaxy S22 Plus did get a smaller battery this year – 4500mAh, versus 4800mAh on the Galaxy S21 Plus. While the Snapdragon 8 Gen 1 is supposed to be more efficient, we’ve heard reports of it getting plenty warm too – we’ve also noticed that in our time with the phone. So it’s good to see that the Galaxy S22 Plus is still plenty capable in the battery department.

And let’s not forget that this also supports 45W charging. Samsung sells its own 45W charger, but if you don’t want there’s, you can get any other 45W charger. Though it will need to support USB-C PD and PPS, otherwise it will not charge at the full 45W.

However, thanks to the revamped neural processor in the Snapdragon 8 Gen 1, along with some other AI improvements, the Galaxy S22 Plus was able to produce some really great photos. 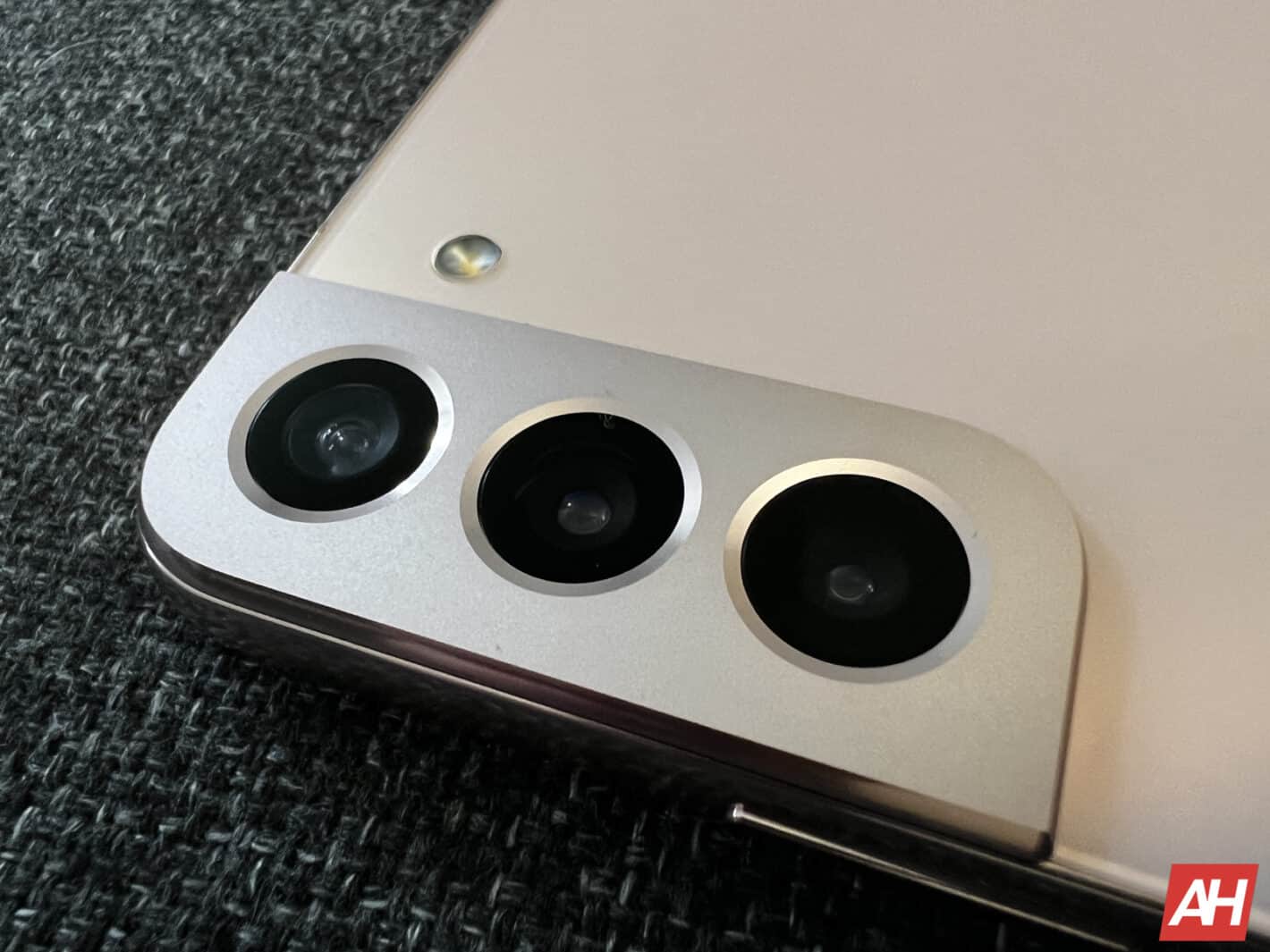 When it comes down to it, the Galaxy S22 Plus cameras are very capable. You’ll have to try hard to get a bad picture out of this camera. For the majority of people, this is going to be a really great camera in your pocket. But if you’re coming from the Galaxy S21 Plus, it may not be worth the upgrade costs.

Now, let’s talk design. The Galaxy S22 Plus is actually thinner than its predecessor, but it feels thicker. The Galaxy S21 Plus was 7.8mm, while the Galaxy S22 Plus  is 7.6mm. That’s a pretty small difference, but it does definitely feel thicker. Why? Well, it’s likely due to the flatter sides. Samsung seems to be trying to take a page from Apple’s book here, which isn’t a bad thing.

That’s because flat sides make the phone more durable, and gives companies more space inside the phone for things like – extra battery. I actually prefer this design over the Galaxy S21 series. It looks more muted, though everyone will still know its a Galaxy smartphone. It also feels better in the hand, in my opinion.

This year, Samsung also brought back the glass back on the Galaxy S22 Plus, after using a “glasstic” back on the Galaxy S20 Plus and S21 Plus the past two years. That does make the phone a bit heavier, and is likely why the battery is smaller this year. But oh boy does it feel way more premium in the hand. And you shouldn’t be paying $1,000 for a plastic phone anyways.

The camera housing is mostly unchanged this year, compared to the Galaxy S21 from last year. It’s still the same contour cut design, but there are a few differences here. The camera bump itself appears to be a bit thinner this year. Though it does still rock when it is sitting on a table, so there’s that.

That’s where Google’s unconventional camera bump actually wins out. As it does not work at all when it’s sitting on a table. Yeah, I know, first world problems for sure.

Some may not like these flatter sides on the Galaxy S22 Plus, though I do like it. That could be because I have been using iPhones for the past couple of years, and got used to Apple’s flat sides. But it looks better and feels better in the hand. Ironically, it’s also less slippery. So there’s that.

What Samsung does well though, is not only making these displays brighter but also allowing them to get very dim. That is important for when you are laying in bed and want to still use your phone. As you don’t want to blind yourself in bed. 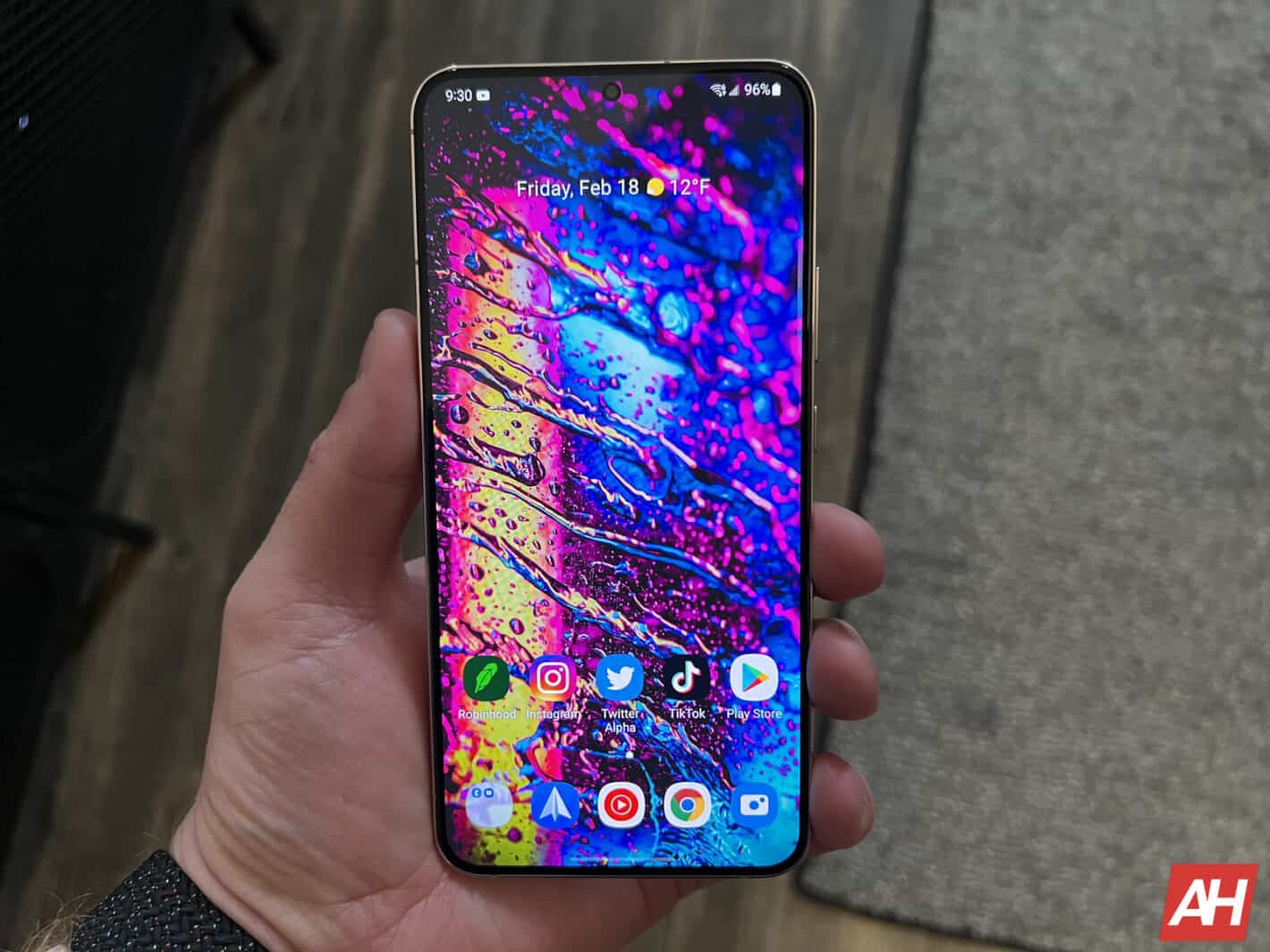 Now, at this price, I am kind of bummed that this display is not QHD+. While all of the competition is doing QHD+ at $999, or even less (like the Pixel 6 Pro). But, FHD+ is not bad. In fact, that’s what the Galaxy S22 Ultra ships with – you need to go into settings and adjust it. It’s still a very crisp and clear display, with amazing colors and great viewing angles.

Honestly, there are no complaints with this display, and I actually prefer it over the Galaxy S22 Ultra’s display, mainly because of the fact that it is flat and not curved.

Interestingly, the performance in the Snapdragon 8 Gen 1 is a bit different in the Galaxy S22 Plus versus the Ultra. That could be due to a number of different things, like the size of the phone.

While the Snapdragon 8 Gen 1 performed great in the Galaxy S22 Plus, it can also get pretty warm pretty quickly. We mostly noticed this when taking a lot of photos with the Galaxy S22 Plus or video, at once. Or when playing games. Of course, you’d expect any processor to get warm during those tasks. The Snapdragon 8 Gen 1 did get fairly warm, but it did not appear to throttle for us.

Otherwise, the performance on the Galaxy S22 Plus was pretty impressive. Of course, we can’t speak to the Exynos variant since this is the Snapdragon version, and they do usually differ. But the performance and battery life here are spot on. 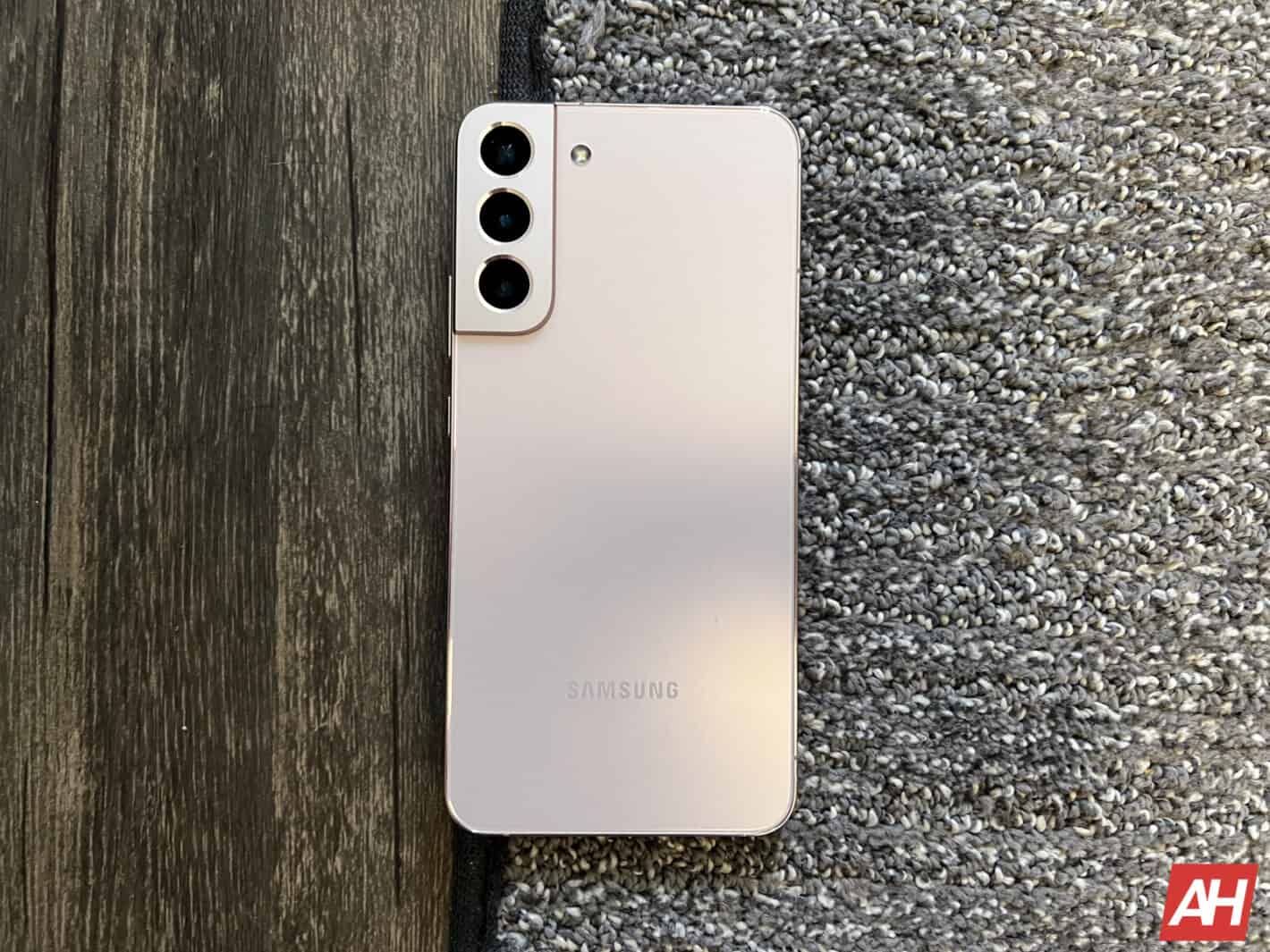 Should I buy the Galaxy S22 Plus?

The Galaxy S22 Plus is in a very crowded smartphone price range right now, and that’s actually due to Samsung’s own smartphones. They are competing with themselves now. The real question is, should you spend another $200 for the Galaxy S22 Ultra with the S Pen, bigger battery, bigger screen, and likely better performance? Or should you spend a bit less and get the smaller Galaxy S22, or even the Galaxy S21 FE. All of which launched this year – and we’re not even two months into the year.

For most of you out there, the Galaxy S22 Plus is a great buy. But there are arguably better phones that are cheaper. Like the Pixel 6 Pro at $899. What it comes down to is, do you want a Samsung smartphone? Or would you rather get something from Google, OnePlus or even Motorola?

This article originally appeared on https://www.androidheadlines.com/review-samsung-galaxy-s22-plus 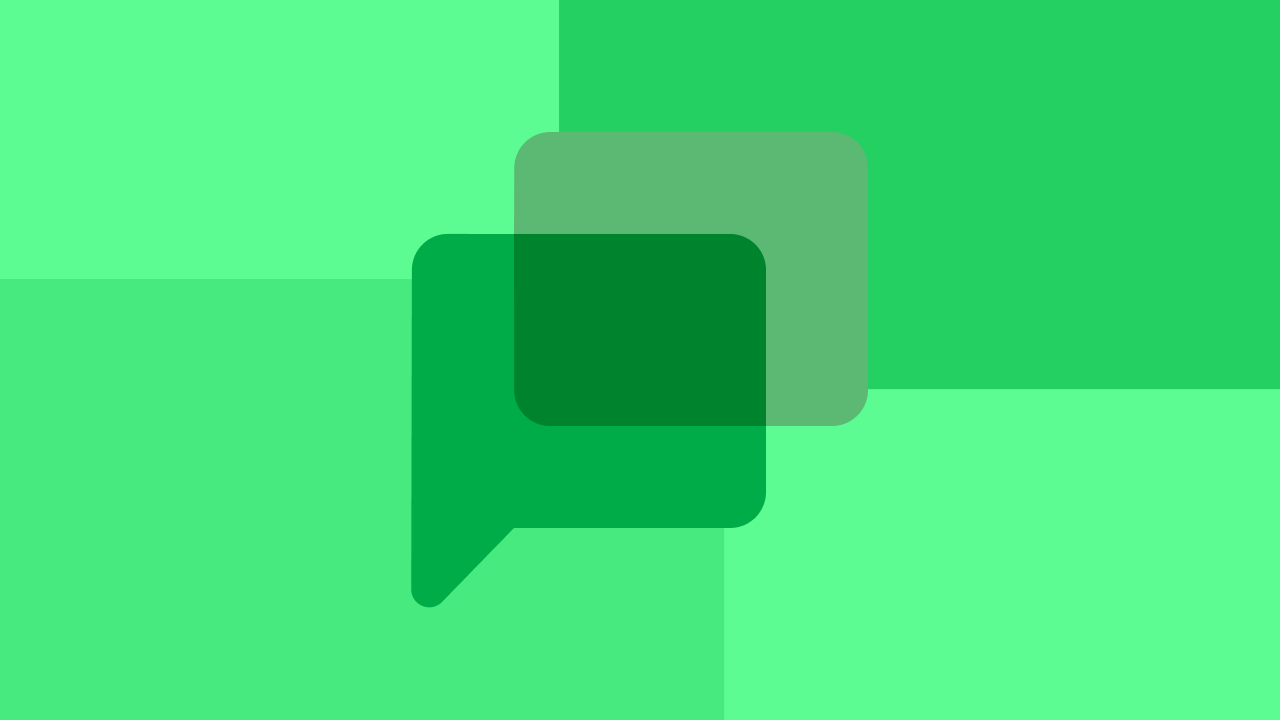 Hangouts users are taking their Google Chat transition frustrations out